Recent economic data shows its the US consumer vs the Fed

Either the consumer has to cut back expectations of higher inflation or the Fed has to begin to offer signs of tapering monetary policy.

The University of Michigan conducts a poll twice a month on consumer sentiment, which includes both a current sentiment and an expectations sentiment.  The Preliminary numbers are released in the middle of the month and the final results are released at the end of the month.  Aside from providing insight as to how consumers are feeling about the economy, it also provides inflation expectations for 1 year and 5 years.  The consumer sentiment numbers missed expectations; however, they were still the highest they have been since the pandemic began.  What is of more interest, though, is the Inflation expectations data.  The 1-year inflation expectation was 3.7% vs 3.2% expected and 2.7% for March.  This is the highest reading since 2012! 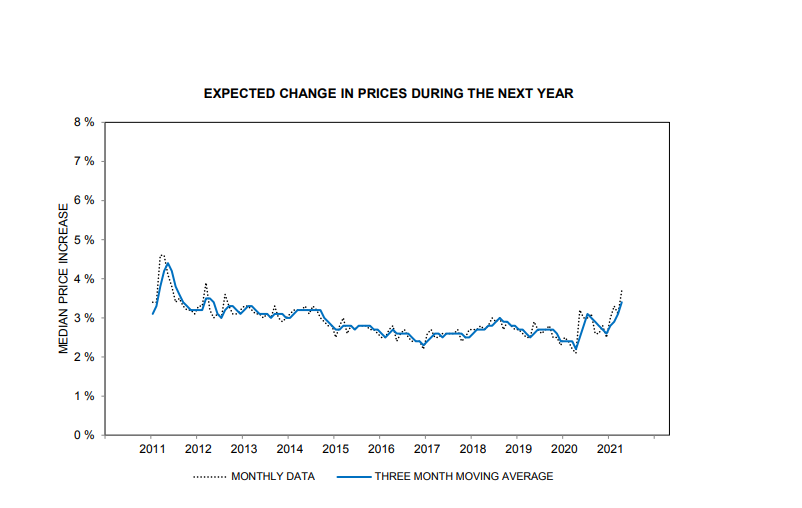 As evidenced, the stock market is forward looking, meaning they price in future earnings of companies.  Today, the S&P 500, the Nasdaq 100, and the Dow Jones have all made all-time new highs. The VIX, which measures volatility of the S&P 500,  is trading at pre-pandemic levels, and below the “line in the sand” 20.00 level, near 16.42. 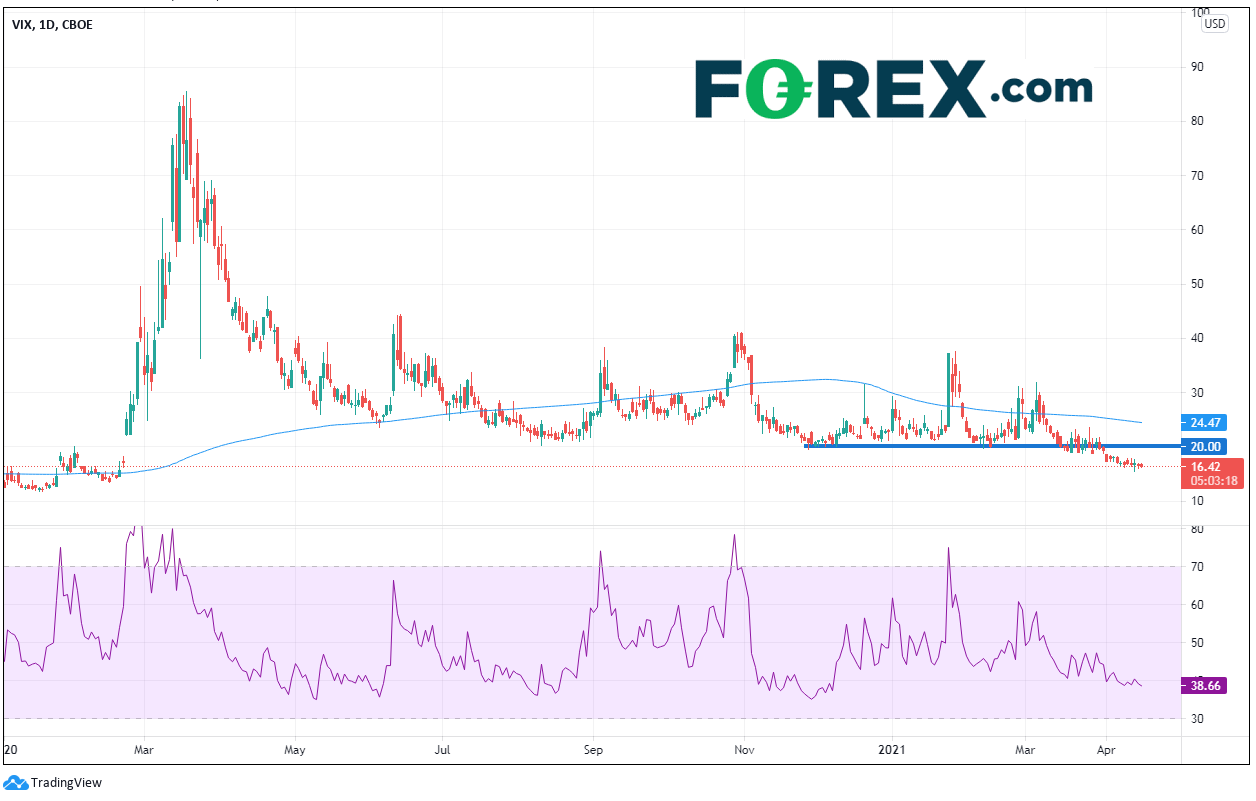 When one looks at recent activity in meme stocks such as GME and AME, the recent fund blowup by Archegos (which not only blew up the fund but cost $10 billion in losses to banks), and recent activity in  volatile instruments that are traded on exchanges such as Coinbase, its easy to tell the markets are awash with cash.  Why isn’t the Fed pumping the brakes?

Fed Chairman Powell was upbeat at his interview on “60 Minutes” earlier in the week, yet he still uses words such as transitory and unsustainable to describe inflation expectations and bond yields.  But the consumer isn’t believing him.  With stimulus checks in hand, retail sales skyrocketing, and non-farm payrolls approaching 1 million for the month of March, why wouldn’t consumers expect inflation to be much higher in 1 year? That is the multitrillion dollar question!

There are 2 sayings that are battling it out at the moment.  One is “Don’t fight the Fed” and the other is “Never underestimate the US consumer”. Something has to give.  Either the consumer has to cut back expectations of higher inflation or the Fed has to begin to offer signs of tapering monetary policy.   The winner of this battle is the one that will determine the next direction for monetary policy!