Rio Tinto, the giant metals miner, announced that CEO Jean-Sebastien Jacques will step down from his role on March 31 or when his successor is appointed, whichever is earlier

Rio Tinto, the giant metals miner, announced that CEO Jean-Sebastien Jacques will step down from his role on March 31 or when his successor is appointed, whichever is earlier. The company said "significant stakeholders have expressed concerns about executive accountability for the failings identified", as a result of the destruction of the Australian heritage site Juukan rockshelters in May 2020.

From a chartist’s point of view, the stock price has entered into a consolidation move within a downward-sloping channel. The daily Relative Strength Index (RSI, 14) has landed on its support at 40% and is reversing up. A breakout confirmation of the channel upper boundary would open a path to see 5039p. Prices need to stand above 4392p to maintain the bullish bias. A break below 4932 would call for a reversal down trend with 4212p and 3920p as bearish targets. 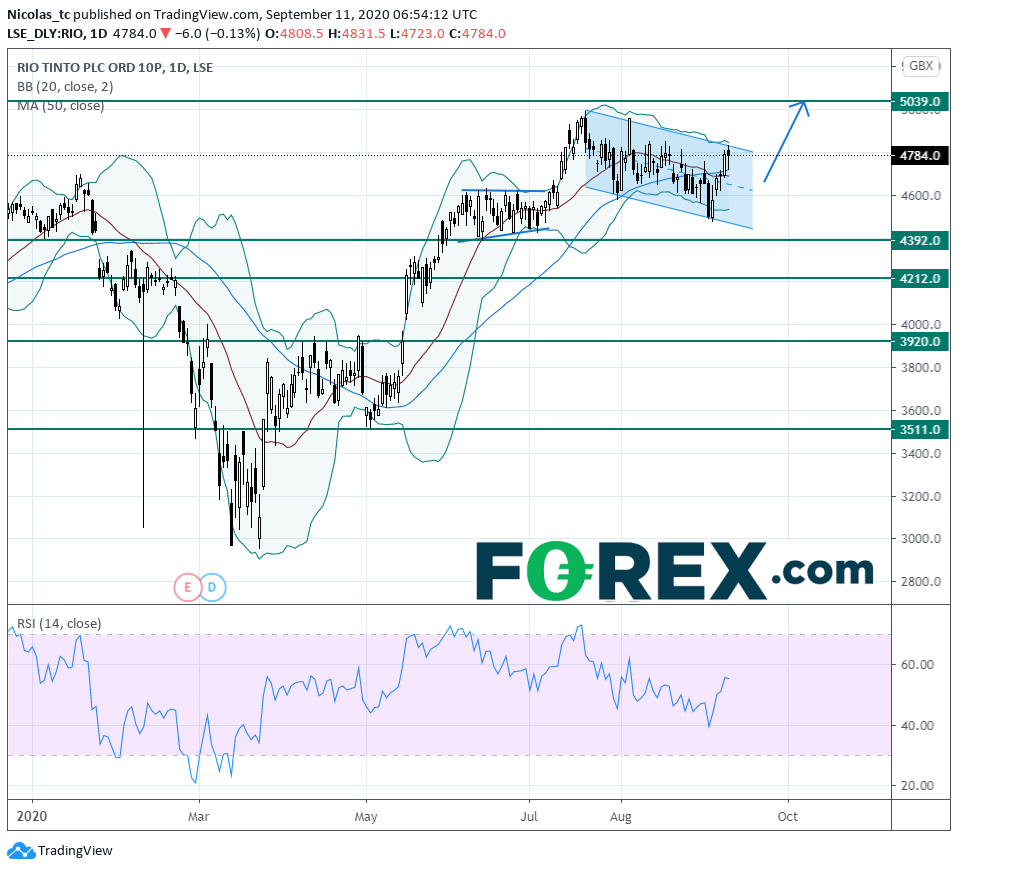