The biggest story in the markets right now is that benchmark government bonds are getting absolutely hammered, lifting yields across the developed economies. 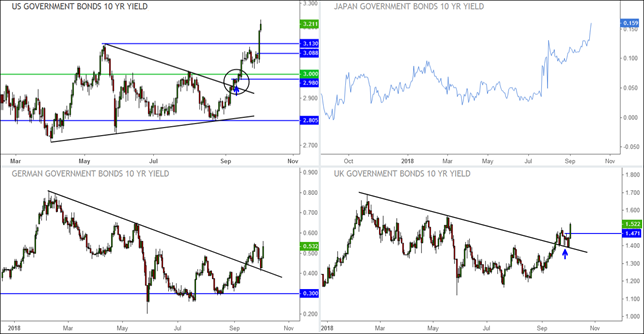