The company plans to raise 5 billion pounds amid COVID-19 issues.

From a technical point of view, on a daily chart, prices broke below a key support area at 205 and posts new lows since 2003.The 50 day MA remains negatively oriented above prices while the RSI dives in bearish territory. As long as the 160 resistance is not broken, readers may therefore consider further downside towards 100 and 75 in extension. 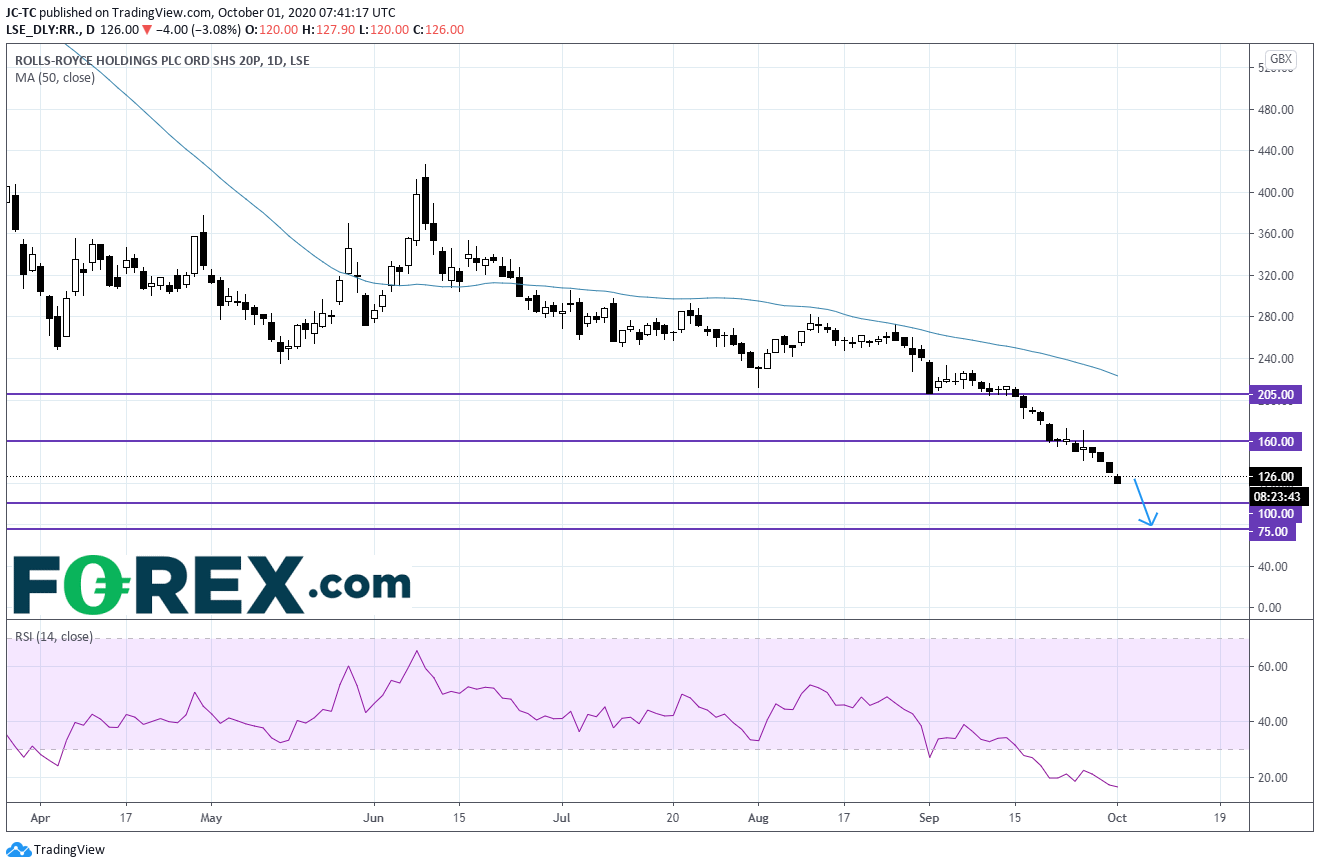