Rolls-Royce, the specialist in aircraft engines, has had its credit rating downgraded by S&P Global Ratings to "BB", the speculative grade, from "BBB-" previously

Rolls-Royce, the specialist in aircraft engines, has had its credit rating downgraded by S&P Global Ratings to "BB", the speculative grade, from "BBB-" previously. The rating agency associated a negative outlook with this rating.

The technical picture remains bearish despite the recent rebound. Prices struck against the resistance level at 378p that we mentioned in our previous article and have resumed their down trend.

The false upward breakout of the upper Bollinger band on a daily chart is a warning signal. The 20-week-simple moving average is heading downward and is playing a resistance role currently at 430p. In addition, the weekly Relative Strength Index (RSI, 14) remains capped by a declining trend line.

As long as 378p is resistance, the trend remains bearish and the most likely scenario is a continuation of the down trend towards 130p (long term target).

Alternatively, a push above 378p would call for a recovery towards 477p (gap). 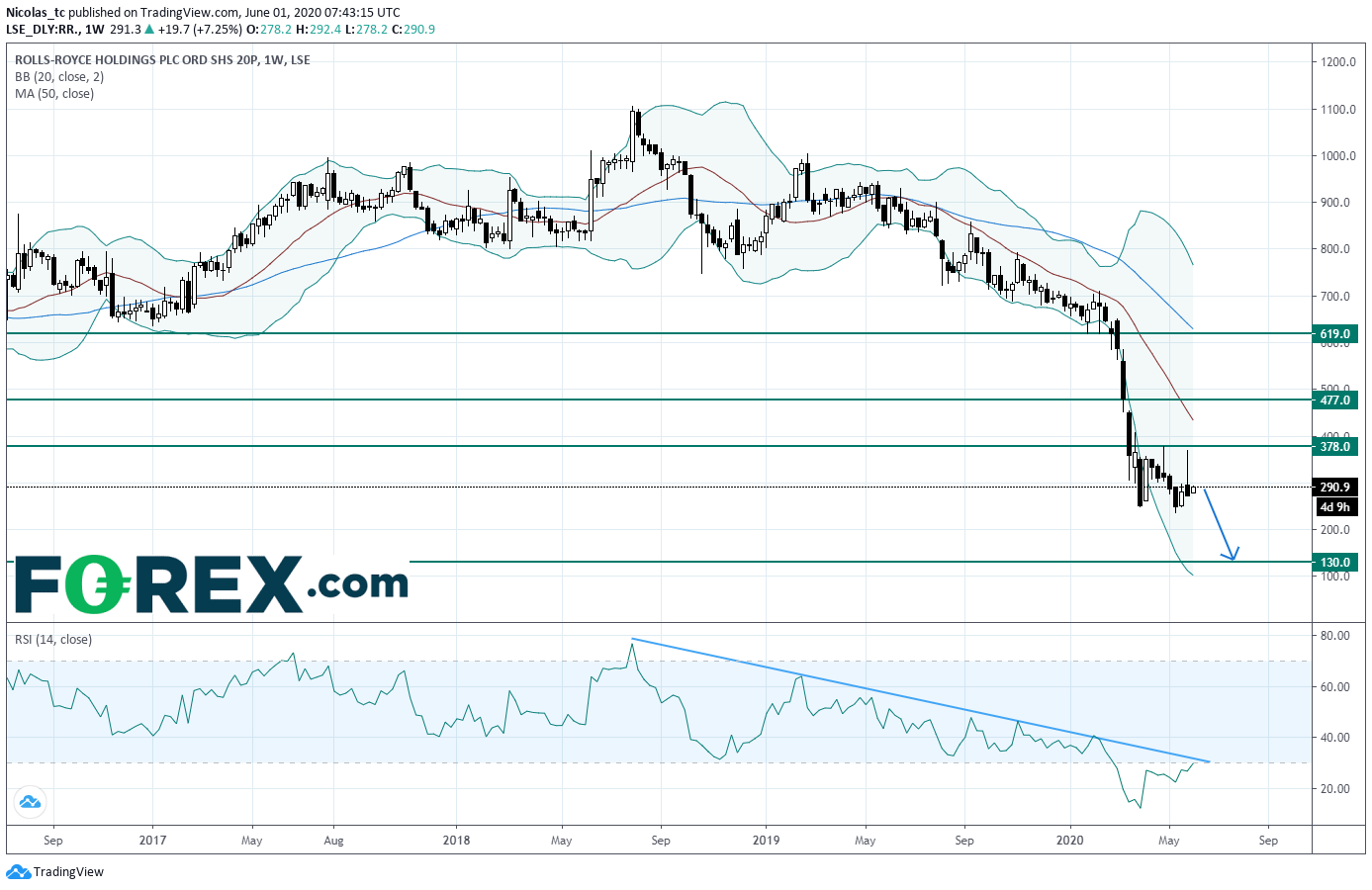