Ryanair announced plans to raise gross proceeds of approximately 400 million euros through placing of new ordinary shares of 0.006 euro each to institutional investors

Ryanair announced plans to raise gross proceeds of approximately 400 million euros through placing of new ordinary shares of 0.006 euro each to institutional investors. The company said: "The Placing is expected to help better position the Group to move quickly to capitalise on such opportunities should they arise. Additionally, the Placing should significantly de-risk the Group's debt repayments over the next 12 months."

From a chartist’s point of view, the share price is nearing the lower end of an upward-sloping channel in place since July. The daily relative Strength Index (RSI, 14) is holding above its horizontal support at 40%. The medium term trend remains neutral between 9.91E and 13.33E. The short term trend remains bullish as long as 10.71E is support. Caution: a break below 10.71E would call for a reversal down trend. 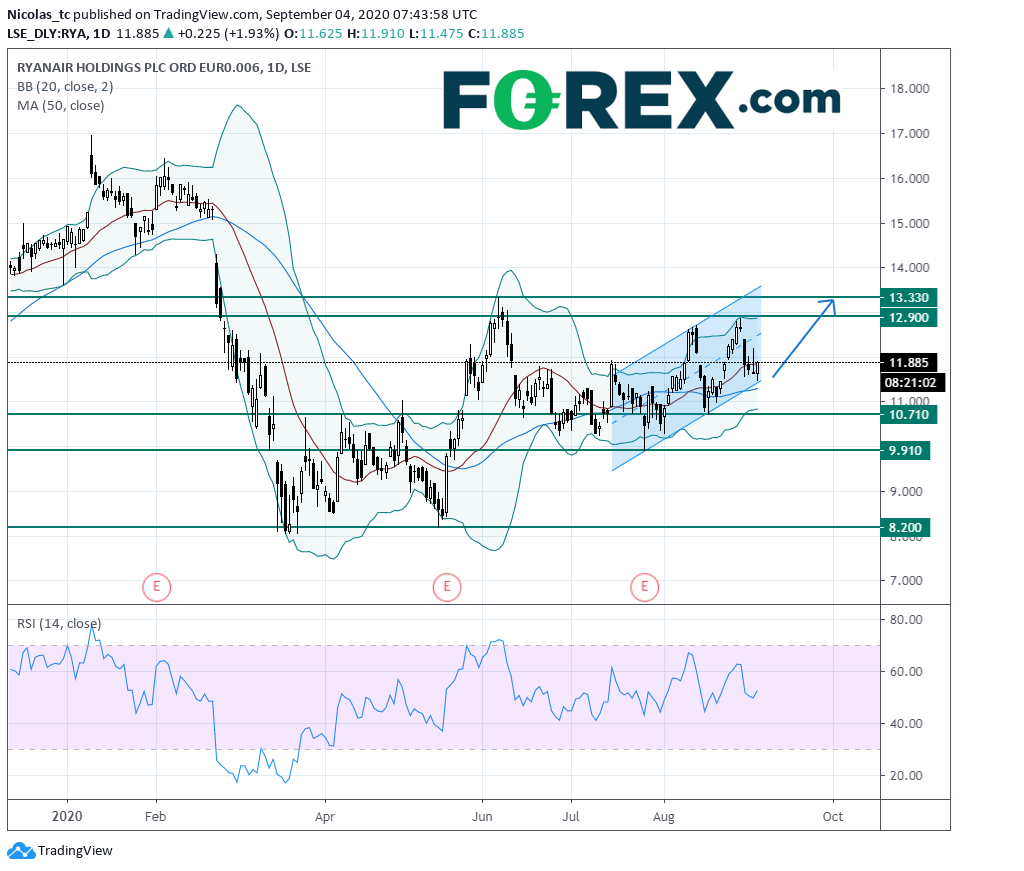