What a volatile day it has been in the markets. Stocks initially rallied after the European Central Bank decided to cut interest rates across the board, increased QE by a bigger than expected €20 billion euros per month and expanded the universe of eligible securities to purchase through its QE programme – click HERE for more details. In the words of my colleague Matt Weller, this was the "big bazooka" that many traders were hoping to see. However, at the press conference, the ECB President Mario Draghi said he didn’t expect to cut interest rates further. This was enough to send German 10-year bond prices tumbling and yields to jump, nearly double from their lunch-time levels. The euro shot higher and stocks, which have been correlating positively with bonds, tanked.

US stocks also dropped, with the S&P 500’s earlier advance being rejected sharply at a key level: 2010. As can be seen from the chart, this level corresponds with the 61.8% Fibonacci retracement against the all-time high. In addition, the area below this 2010 level and above 2000 had been strong support in the past, which has now turned into resistance (shaded in red on the chart). Given the technical importance of this area, a sell-off here looked almost inevitable. So, at this stage, traders need to be open minded to the fact this could just be a short-term pullback rather than the start of another major leg lower.

But if the index closes near its lows, it will form a large bearish engulfing candle and a double top pattern on the intra-day charts at just below 2010. The bearish engulfing candle, if seen, would indicate a clear change in the short term trend. In this scenario, the S&P could break below short-term support at 1970 and potentially drop to test the old support at 1950 before deciding on its next move, which could well be to the downside given the fact that the moving averages are also pointing lower.

However if the buyers step in here and eventually push the index beyond the 2000-2010 resistance range in the coming days then a rally towards the 78.6% Fibonacci retracement at 2066 or the bearish trend line slightly higher wouldn’t surprise me. 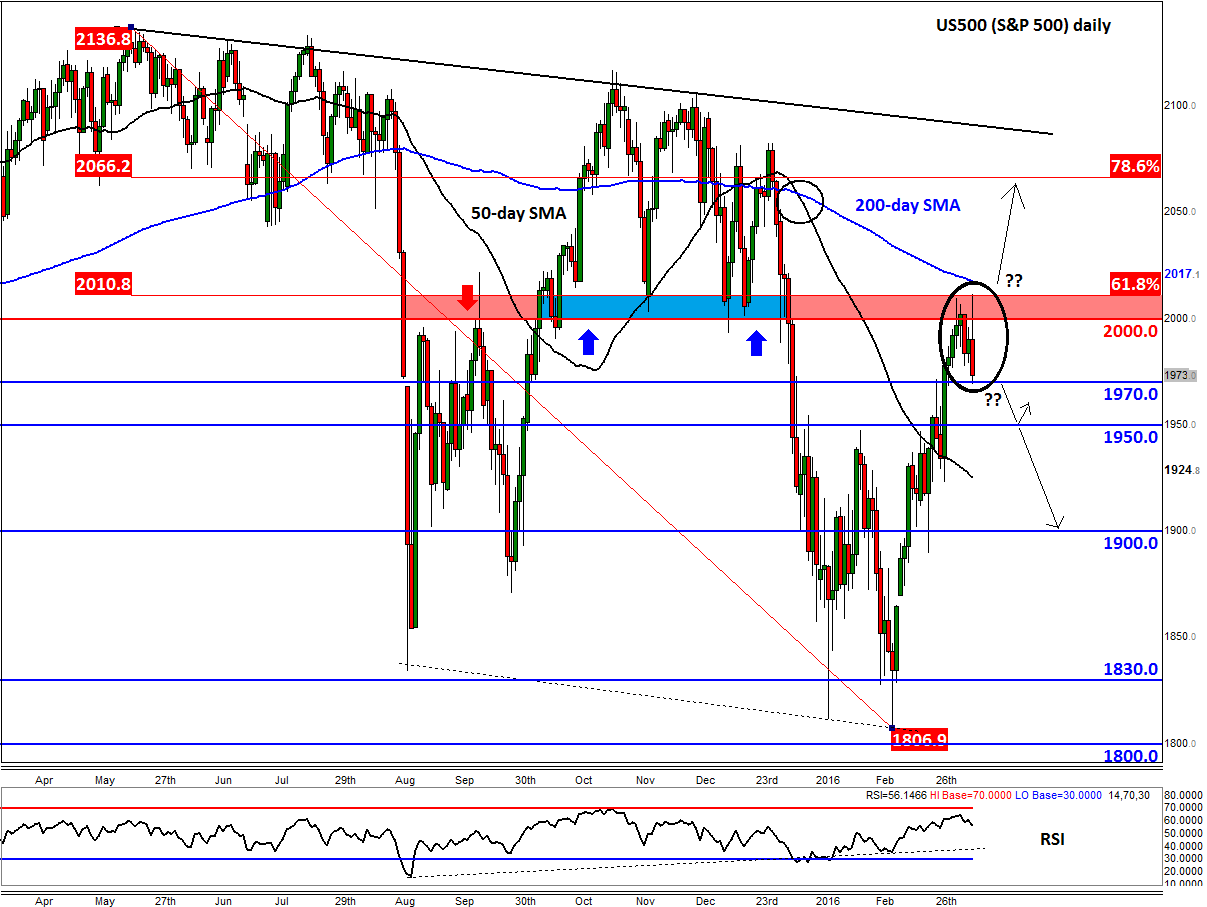