SAP, the software company, announced that 3Q adjusted EPS rose 31% on year to 1.70 euros per share while operating profit fell 1% to 2.07 billion euros on revenue of 6.54 billion euros, down 4% (flat in constant currency).

From a chartist’s point of view, the stock price tumbles but remains supported by a long term rising trend line in place since 2008 bottom and is holding above the key horizontal support near 81E. The weekly Relative Strength Index (RSI, 14) fell below 50% and is approaching from the lower end of a downward-sloping channel. The medium term outlook remains bullish as long as 81E is support. Choppy price action can be expected on a short term basis.  Resistance thresholds are set at 122.6E and 143.3E. Alternatively, a break below 81E would call for a reversal down trend with 50E as target. 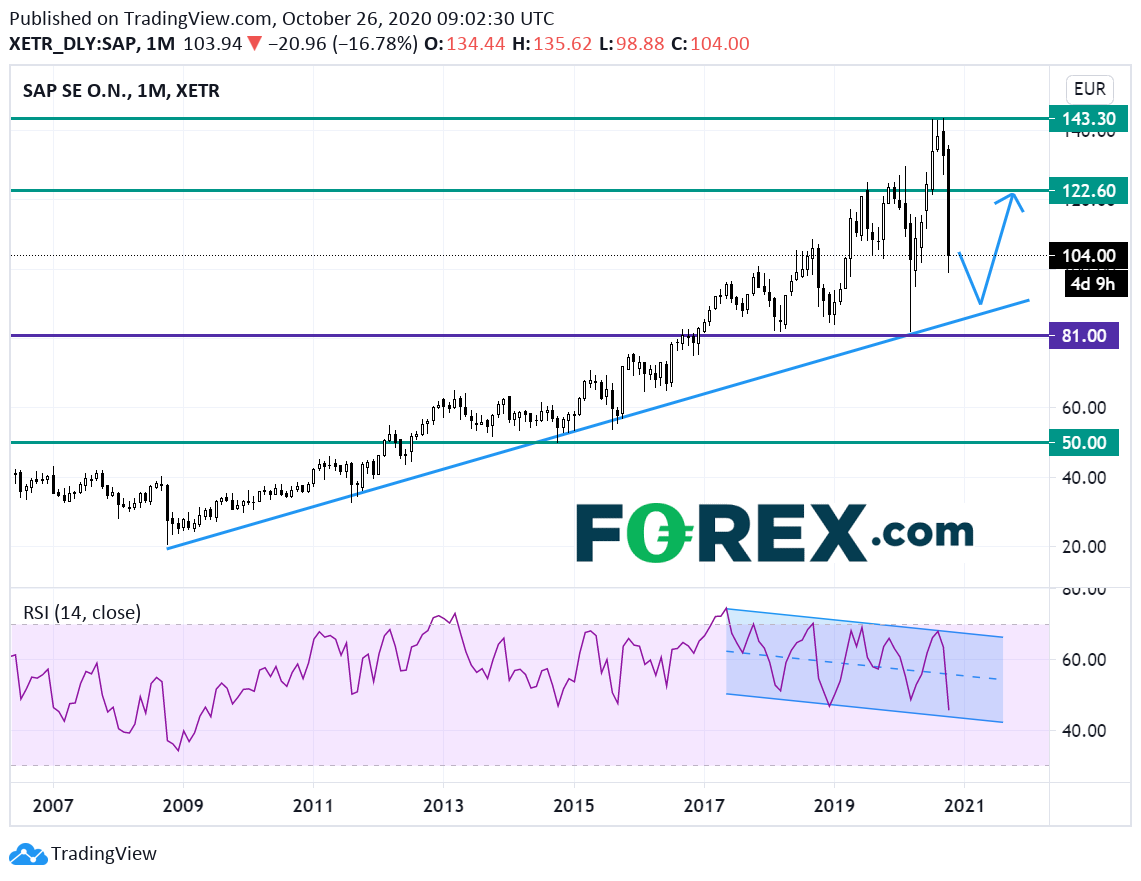