Since March 9th, WTI Crude Oil and Brent Oil have been falling at a rapid pace, initially as Russia had scoffed at OPEC regarding an oil supply cut, and later as Saudi Arabia decided they would begin to pump as much oil as possible.  Price had dropped as much as 55% in March, briefly trading below $20 towards the end of the month.

However, WTI Crude Oil was up roughly 21% to high as 27.16 as US President Trump said he spoke with Russian President Putin yesterday and the Saudi Crown Prince today and expects them to announce an oil production cut of 10-15 million barrels per day.  However, President Trump may have mis-tweeted as the Saudi official release was a little more subdued, calling for OPEC+ to hold an emergency meeting with the aim of “seeking a fair agreement” (no date has been set).  Saudi Arabia said they would like the US, Canada, Mexico, and other G-20 countries to join in with any cuts.   In addition,  the Kremlin has said Putin has not agreed to a cut, or even spoke to the Saudi Crown Price.  However, the fact that Saudi Arabi wants an emergency meeting to discuss oil output production is constructive for the price of oil (however no date has been set)! 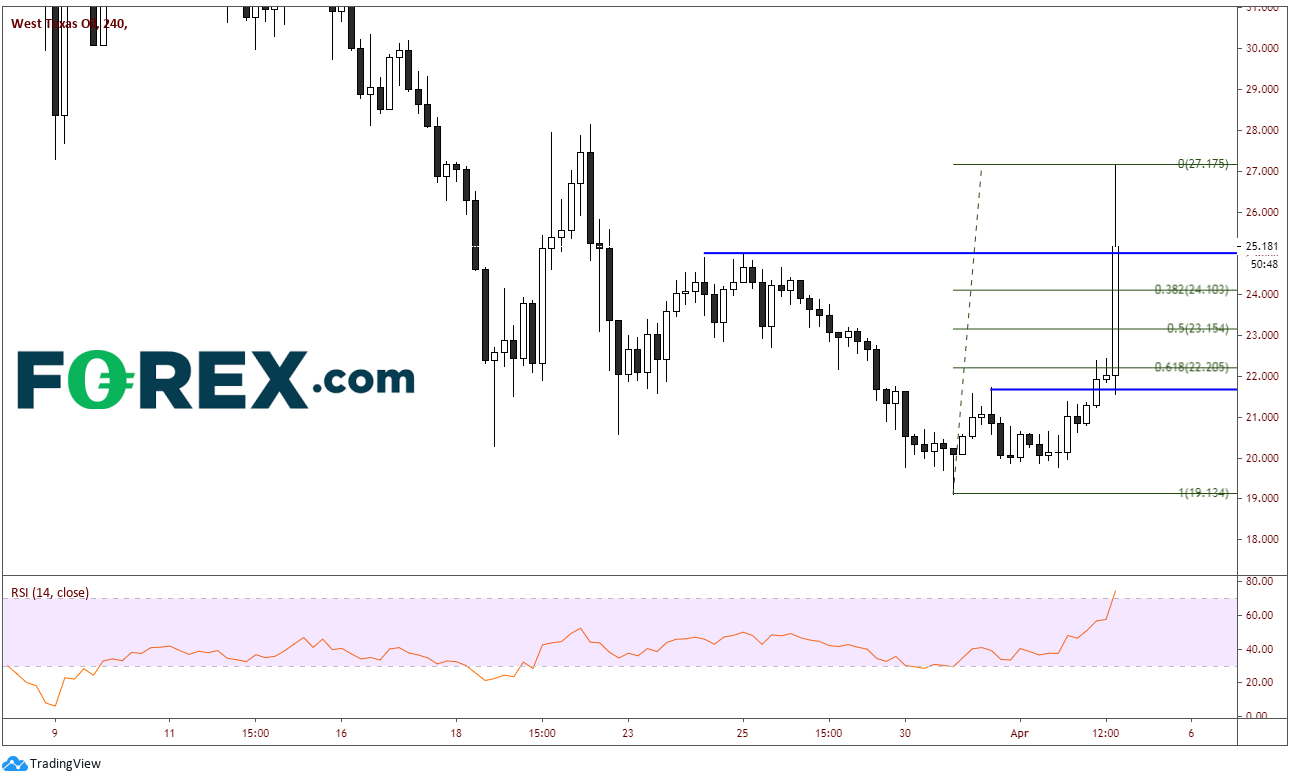 With today’s move higher, what could be next?  Perhaps we may see price chop within todays range over the next few days until the next bit of news comes out.  If Russia were to participate in talks, one would expect oil prices to move higher.  If talks don’t end up taking place or even worse, they fail,  oil prices could be back below 20.00.