Seventh round of negotiations on Brexit

E.U. – U.K. Brexit talks are entering in a new round today that will last until Aug. 21.

E.U. – U.K. Brexit talks are entering in a new round today that will last until Aug. 21. It is reported that the British government is hopeful of a post-Brexit trade deal with European Union next month, as the two sides entered their seventh round of negotiations.

From a technical point of view, on a daily chart, GBP/USD remains on the upside, supported by its rising 50-day moving average (in blue). The daily RSI is well directed but is approaching its overbought area. Readers may therefore consider the potential for further advance above horizontal support at 1.2670. The nearest resistance would be set at horizontal resistance at 1.3205 and a second one would be set at set at 2019 top at 1.3515 in extension. 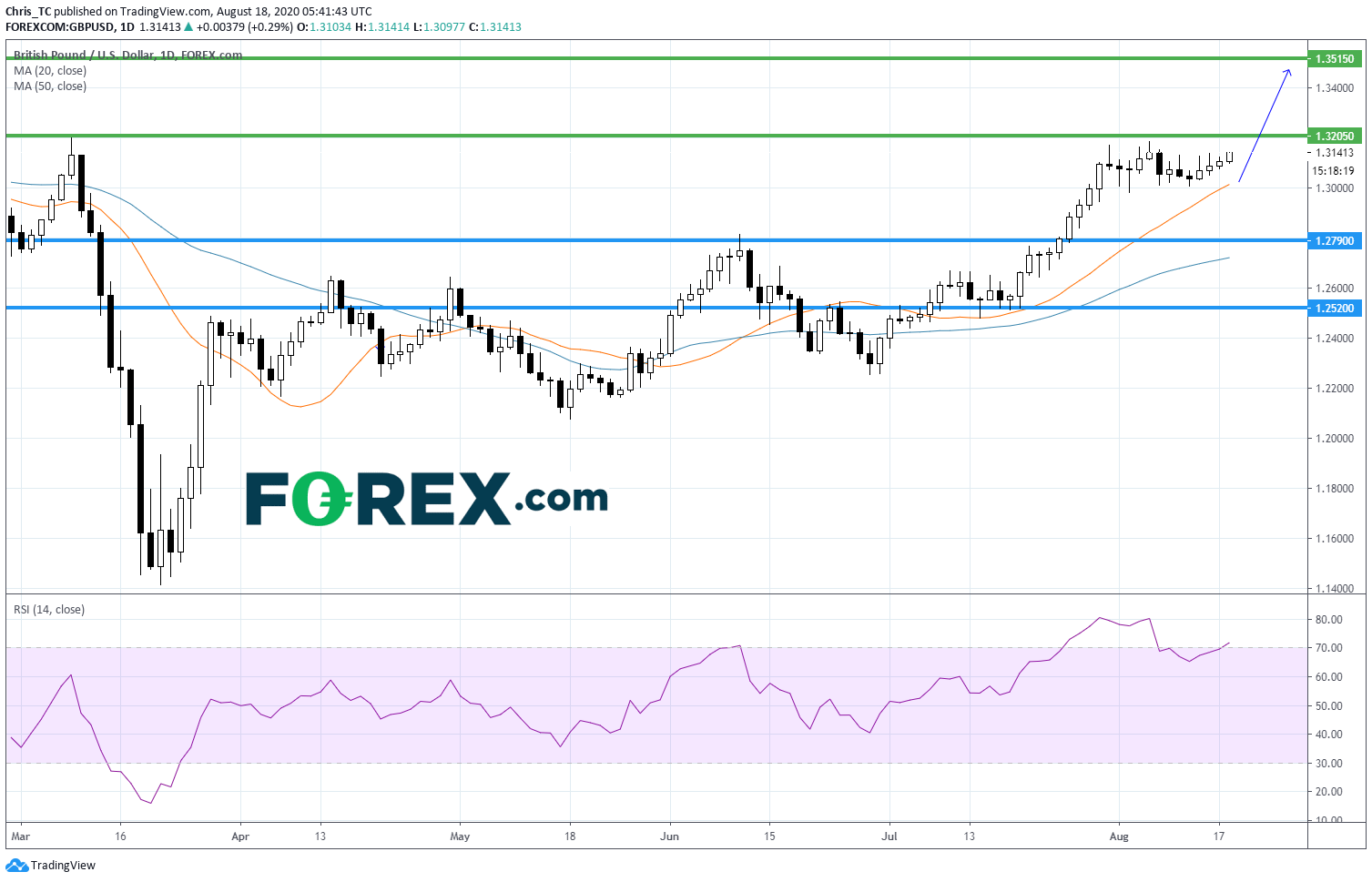