Silver looks to continue to outperform gold in the short-term.

As my colleague Matt wrote last week, the gold/silver ratio currently favors silver.  With negative yields around the world and the threat of the FOMC cutting rates again in September, precious metals have been in vogue as of late.  Let’s take a look at some shorter-term action over the last couple of months.

Looking at gold, the yellow metal has been moving higher since the end of May and has slammed right up against horizonal resistance at 1588, dating back to April 2013.  Gold currently is in a rising wedge with a divergent RSI.  This formation makes it ripe for a possible pullback as far down as 1406.  The target for a breakdown of a rising wedge is 100% of the wedge. 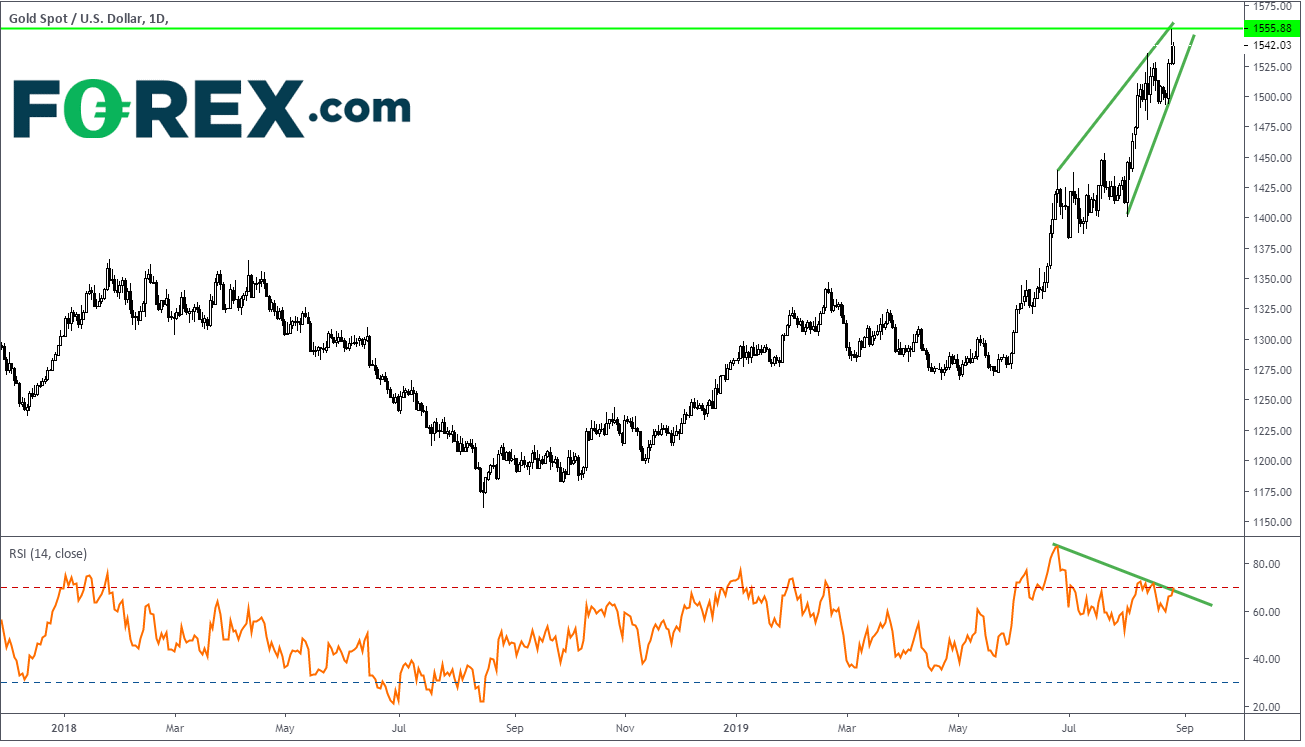 Where has silver been during the run up in gold?  Silver didn’t begin moving up in earnest until mid-July, at which point it began to outperform gold.  Currently, silver is trading near 18.18, up over 3.0% on the day and up over 9% in the last 3 days!  Silver is heading into trendline resistance and the RSI is in overbought conditions.  Silver, like gold, also looks ready for a pullback with first support at the bottom trendline, near 17.75. As silver began to outpace gold in July, the gold/sliver ratio began to roll over.  The ratio put in a high near 93.45 and traded off into the end of July to 85.60.  It then bounced 50% of the move from the mid July high to the end of July low.  The high on August 5th was 89.84.  This set up an almost perfect AB=CD pattern, where the length of A to B should equal the length of C to D. 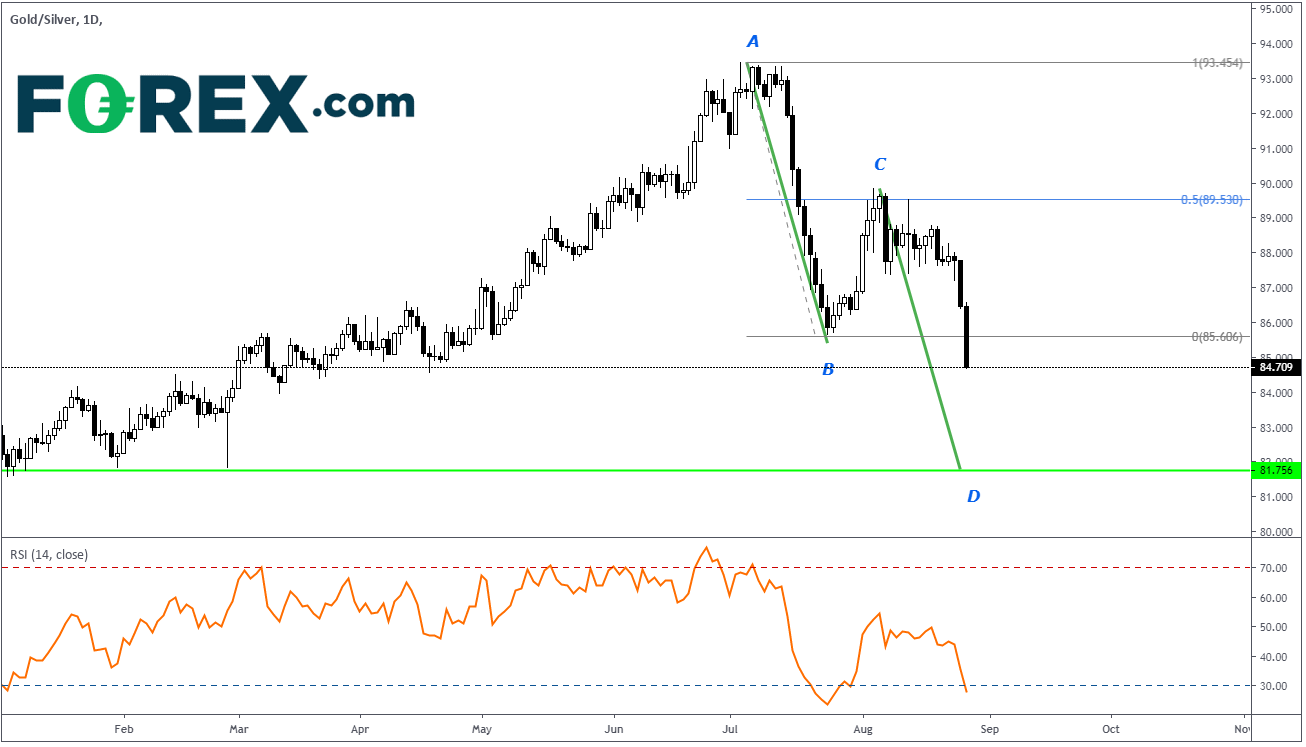 Although price never moves in a straight line, if that is the case here, it would suggest a target of 81.75 in the gold/silver ratio.  This would mean continued out performance of silver over gold in the short-term.