"Reported results for the year to 31 March 2020 were significantly lower than the previous year, reflecting pre-tax exceptional charges of £738.7m recognised during the year; both in relation to the reshaping of SSE (with the sale of SSE Energy Services and the closure of Fiddler's Ferry coal fired power station) and a deterioration in market conditions”

The company is proposing a final dividend of 56p per share, making a full year dividend of 80p per share. In addition, SSE confirmed plans to build the £580m Viking Onshore Wind Farm on Shetland and the £3bn Seagreen Offshore Wind Farm, with Total, which will be the largest in Scotland.

From a chartist point of view, the stock price is escaping from a short term trading range. The morning star pattern formed in May delivered a bullish signal and will play a support role near 1156p. A breakout confirmation of 1319p would open the way to a further rise towards 1400p and the key horizontal resistance at 1520p. Alternatively, a break below 1156p would invalidate the bullish view and would call for a test of 1057p. 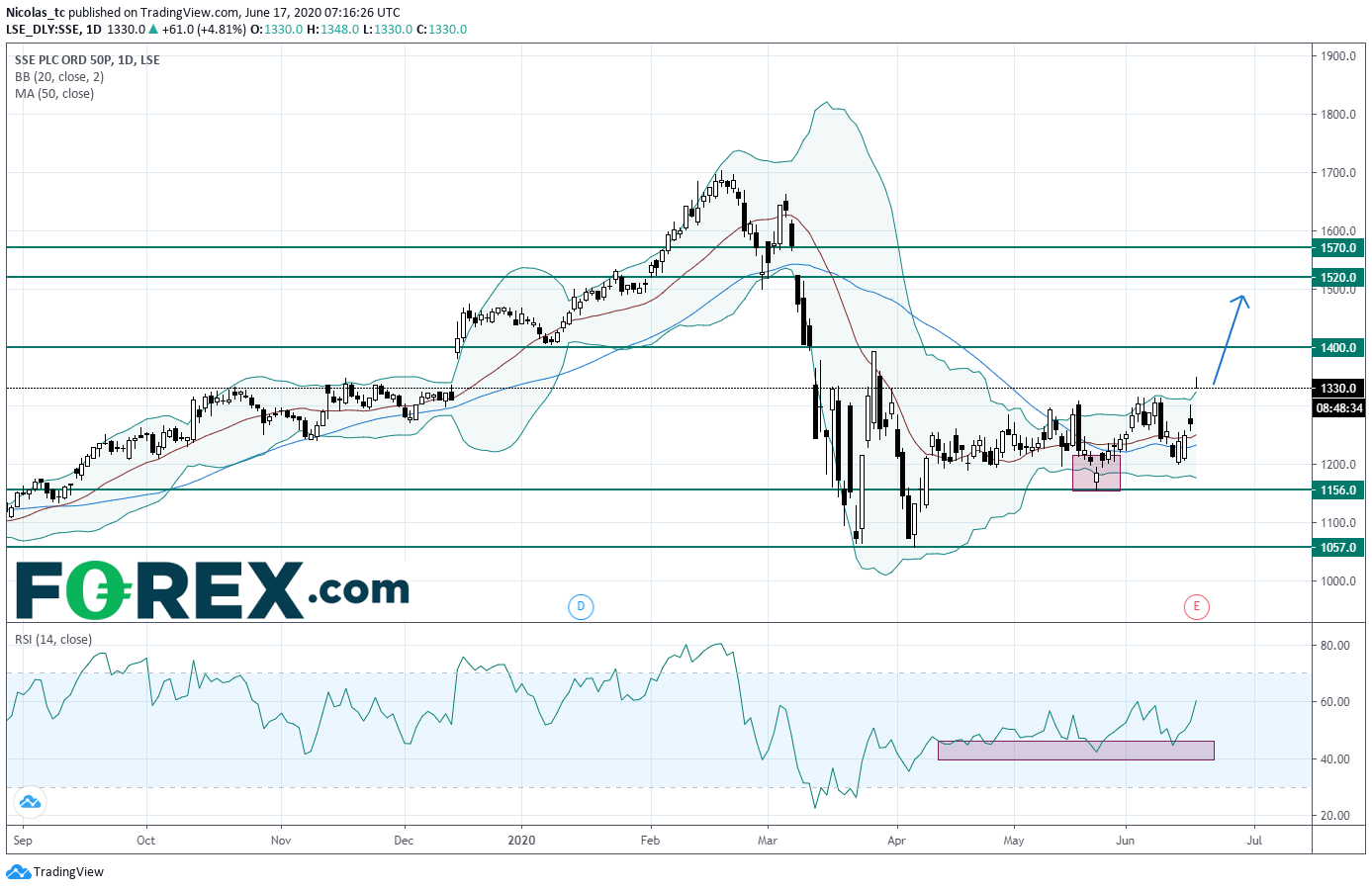