The weakness of the euro combined with safe haven flows into the yen has caused the EUR/JPY to slump back to long-term pivotal level around 130.00 this morning 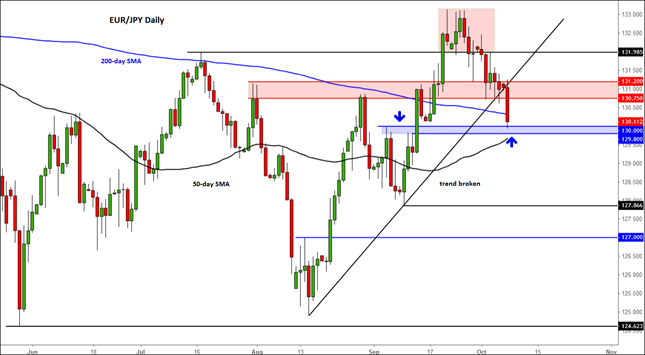