The Australian dollar extended its rebound overnight after domestic consumer inflation data came out stronger than expected. The AUD/USD staged a quick rally to the key 0.7700 resistance area before drifting lower again during the European morning session. 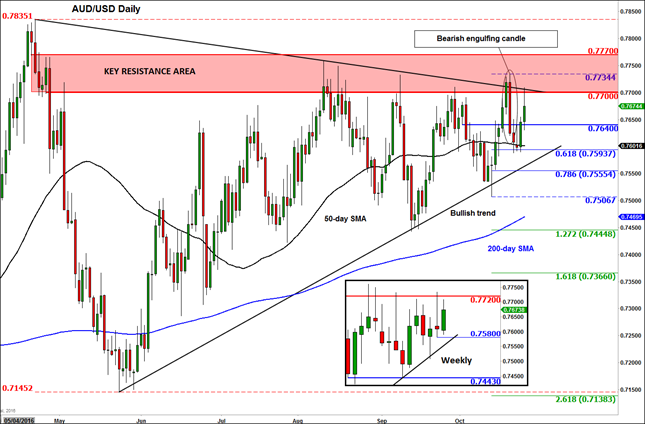