Earlier this morning, July German Retail Sales were released at -0.9% on month, worse than +0.5% expected.

From a technical point of view, on a 30-min chart, EUR/USD has broken below rising trend line and is capped by its declining 50-period moving average (in blue). Readers may therefore consider the potential for further weakness below horizontal resistance at 1.1940. The nearest threshold would be set at previous overlap at 1.1880 and a second one would be set at horizontal support at 1.1845 in extension. 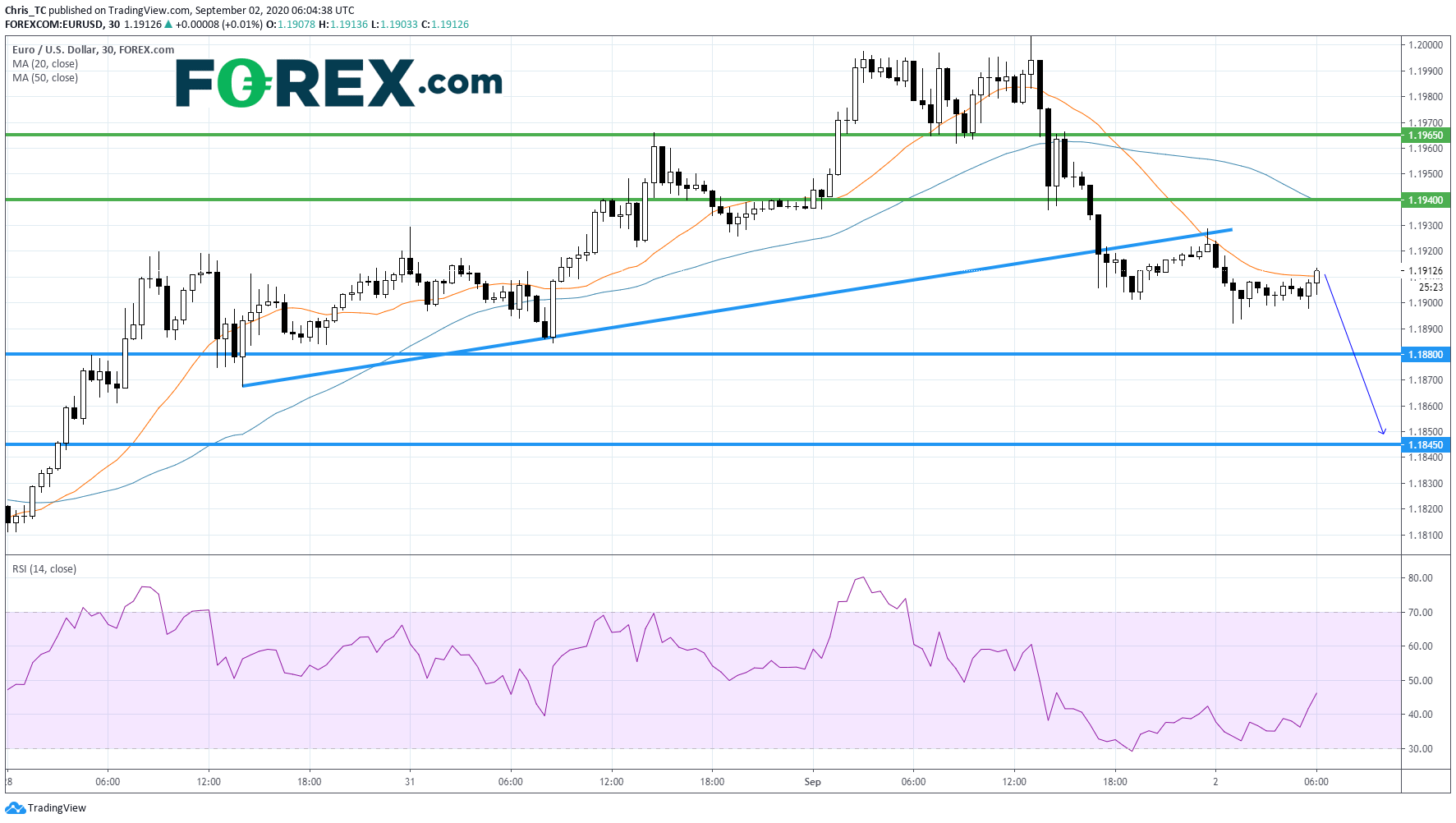