With the current political situation in Sweden and the Riksbank meeting this week, USD/SEK could be in for some volatility.

Sweden may be playing for a chance to advance in the Euro 2020, however the futbol team can’t help the current situation on the political pitch. Sweden’s prime minister Stefan Lofven has resigned after losing a no-confidence vote in parliament.  Talks will begin shortly to try and form a new government.  If a new government can’t be formed after 4 attempts, snap elections will be held.  Lofven felt this was the best decision for the country, as he felt a majority of the country did not want snap elections, especially with the possibility of an increase in coronavirus cases moving into the fall.  Still, as of July 1st, Sweden will  remove restrictions on restaurants and bars, allow 3,000 spectators in outdoor areas, and allow US tourists to visit the country.

In addition, Sweden’s Riksbank meets this week for their interest rate decision meeting.  Expectations are for the central bank to leave rates unchanged at 0% and to keep asset purchases within current levels of SEK 700 billion.  However, economic data has been stronger as of late and inflation has been kept in line.  Riksbank members may decide to increase their growth forecasts.

Like USD/CHF, USD/SEK has a strong correlation to the DXY.  The current correlation coefficient between the US Dollar Index and USD/SEK is +0.98.  A reading of +1.00 would mean there is a perfect positive correlation between the 2 assets.  +0.98 is pretty close!  USD/SEK had been moving lower since putting in pandemic highs in March 2020, near 10.5015.  The pair formed a descending wedge and began moving higher above the downward sloping trendline in early February. 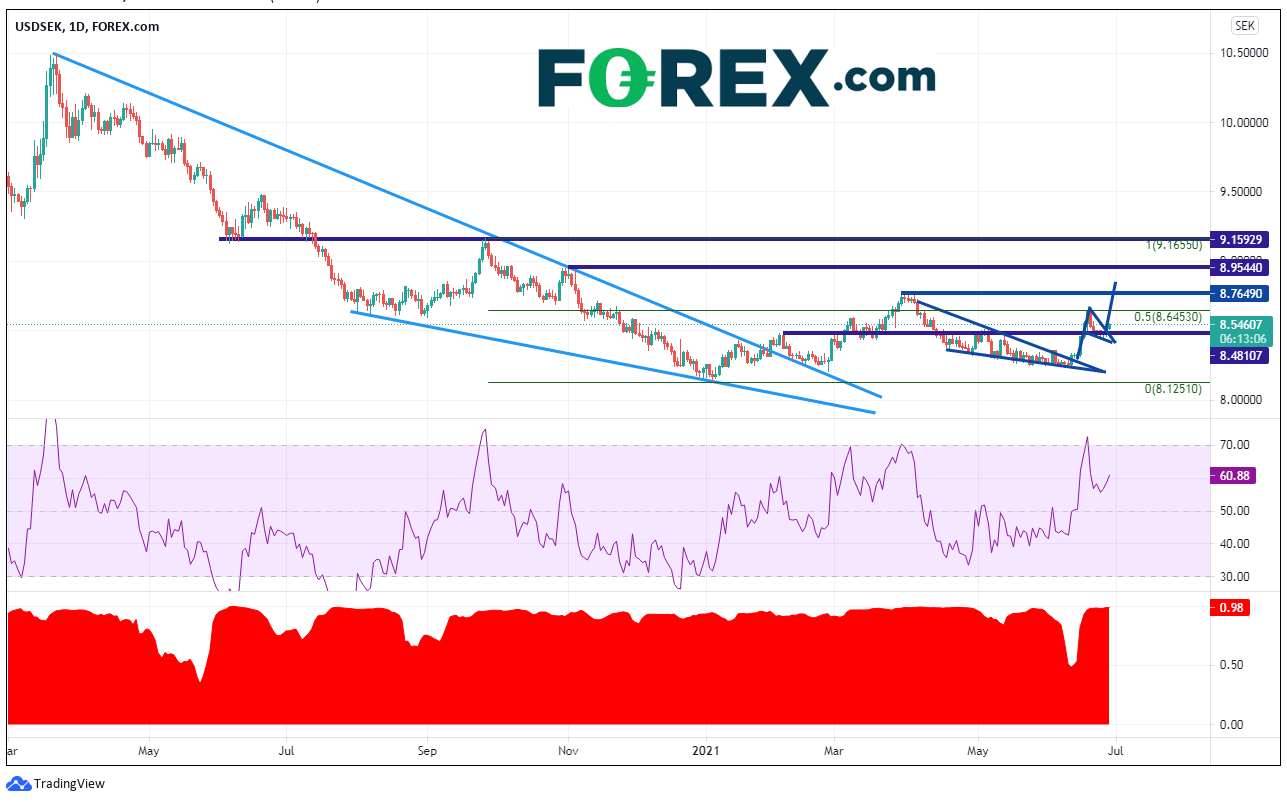 What is the US Dollar Index  (DXY)?

On a 240-minute timeframe, the pair peaked on March 30th and began moving lower, forming a smaller, but similar descending wedge.  The pair broke higher on June 11th  and retraced to 8.64, or just above the 61.8% Fibonacci retracement level from the highs on March 30th to the lows of June 11th, before pulling back in a pennant formation. Notice the RSI was in overbought territory and needed to unwind.   On Monday, USD/SEK moved higher out of the pennant is and moving towards it target.  The target for a pennant formation is the length of the pennant ”pole” added to the breakout point from the pennant, which in this case is near 8.8537. 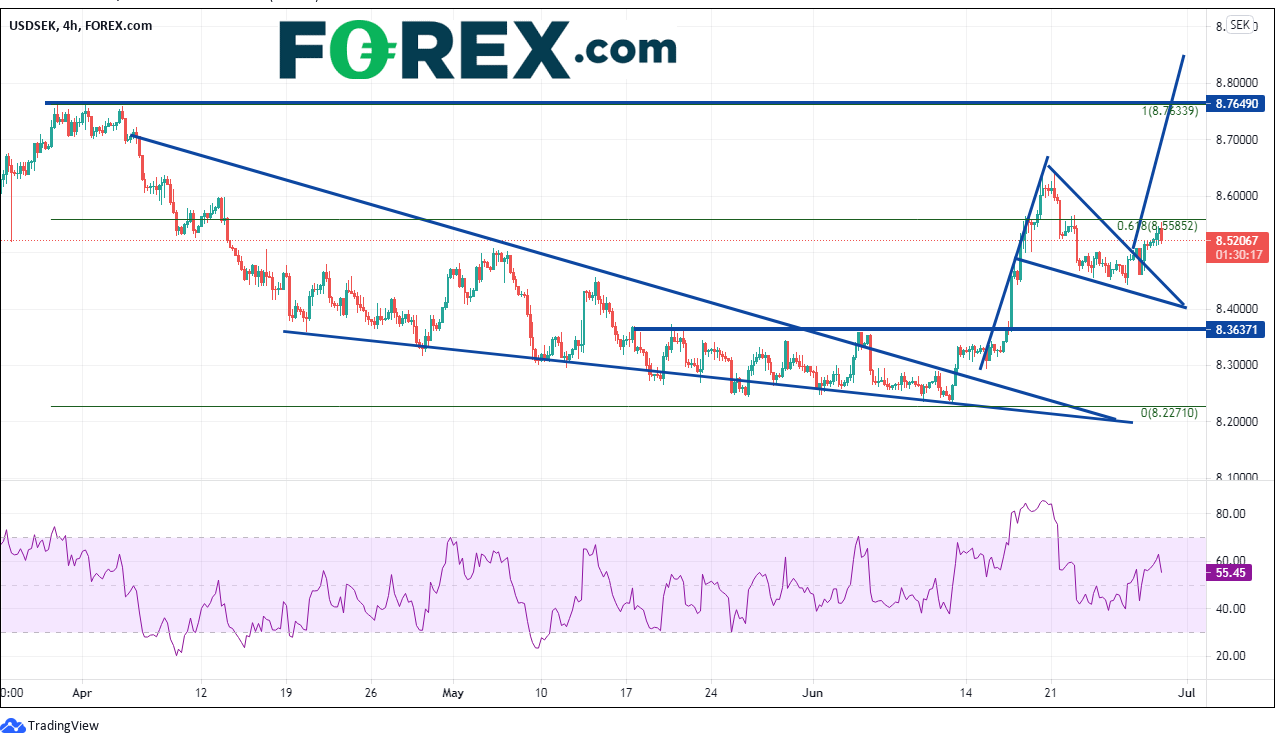 With the current political situation in Sweden and the Riksbank meeting this week, USD/SEK could be in for some volatility.  Add in the target from the pennant, as well as the correlation with DXY, (oh, and don’t forget possible month-end/quarter-end volatility) and USD/SEK may be on the move sooner than later!