The GBP continues to trend higher against the USD

The dollar index gained 0.33pt to 97.003 on Friday after remaining under pressure for most of the week. The GBP/USD jumped 73 pips to 1.267 to post the largest intraday move.

The GBP continues to trend higher against the USD

The US Dollar was bearish against most of its major pairs on Friday with the exception of the CHF, JPY and EUR. On the economic data front, Change in Nonfarm Payrolls jumped to 2,509K on month in May (-7,500K expected), from a revised -20,687K in April, marking a record high. The Unemployment Rate unexpectedly decreased to 13.3% on month in May (19.0% expected), from 14.7% in April. On Monday, no major economic data is expected.

The Euro was bearish against most of its major pairs with the exception of the CHF. In Europe, the German Federal Statistical Office has reported April factory orders at -25.8% (vs -19.9% on month expected).

The Australian dollar was bullish against most of its major pairs with the exception of the NZD, CAD and GBP.

The dollar index gained 0.33pt to 97.003 on Friday after remaining under pressure for most of the week. The GBP/USD jumped 73 pips to 1.267 to post the largest intraday move. The pair remains inside an intraday bullish trend channel. If prices can remain inside the channel we should see a continuation of the uptrend towards the 1.277 area. A break below the lower rising trend line may force a test of 1.2635 support and 1.258 in extension. 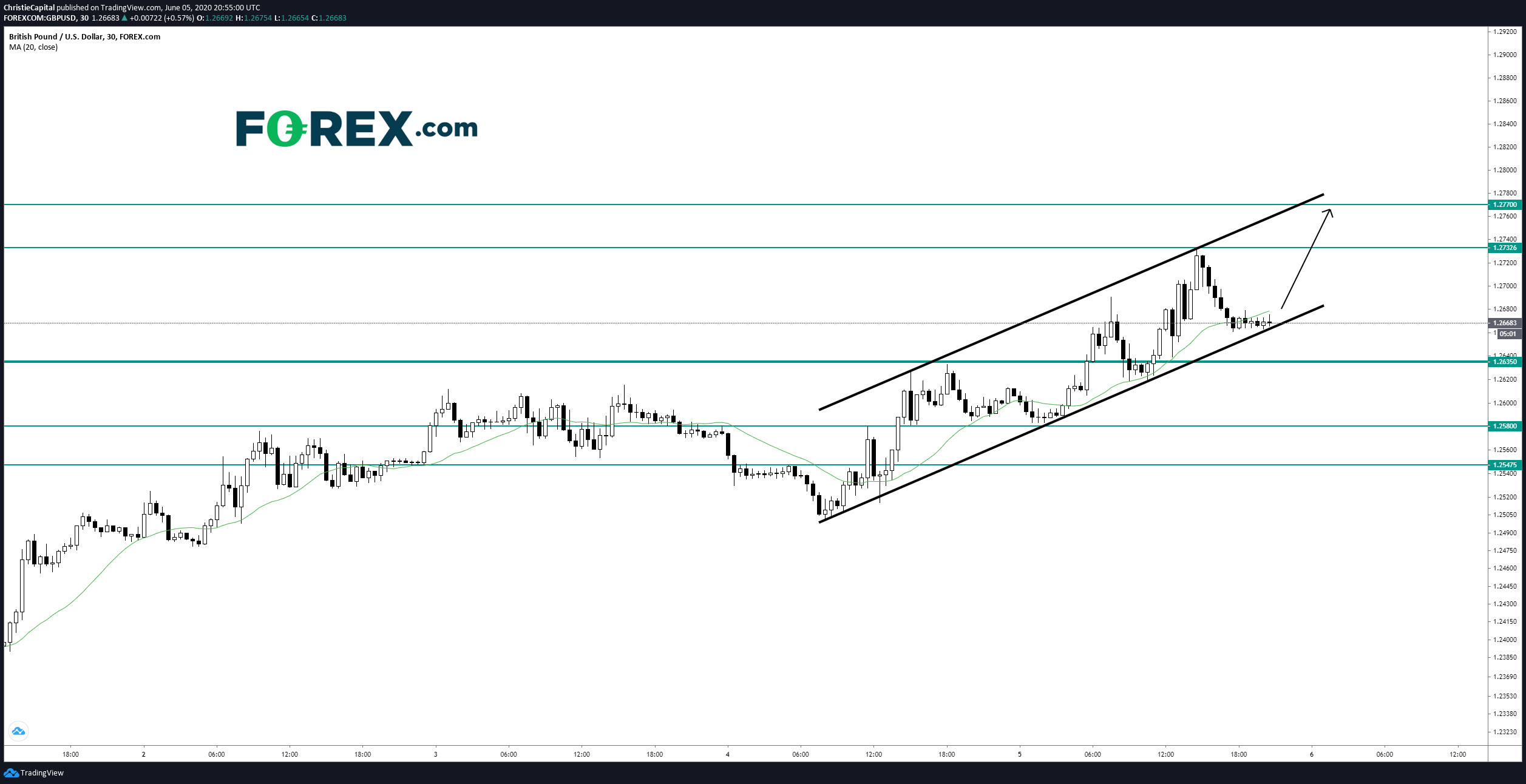