The Sentiment of Industrial Metals are Positive on Stimulus Packages

The market sentiment of industrial metals is positive on the stimulus package from different countries. Recently, European Union leaders reached an agreement on a EUR750 billion stimulus package. Besides, the U.S. president Donald Trump also said the second stimulus package would come....

The market sentiment of industrial metals is positive on the stimulus package from different countries. Recently, European Union leaders reached an agreement on a EUR750 billion stimulus package. Besides, the U.S. president Donald Trump also said the second stimulus package would come.


The Copper futures, as shown on the daily chart, remains holding on the upside after soaring around 38% from March low.

Currently, the prices stay above the rising 20-day moving average. It would suggest the bullish outlook for the prices.

However, the relative strength index breaks down the overbought level at 70, which would indicate that the prices may enter a phase of consolidation.

As long as the support level at $2.78 (the 50% retracement of recent upmove) is not broken, the technical outlook of copper futures remains bullish. The resistance levels would be located at $3.00 and $3.20. 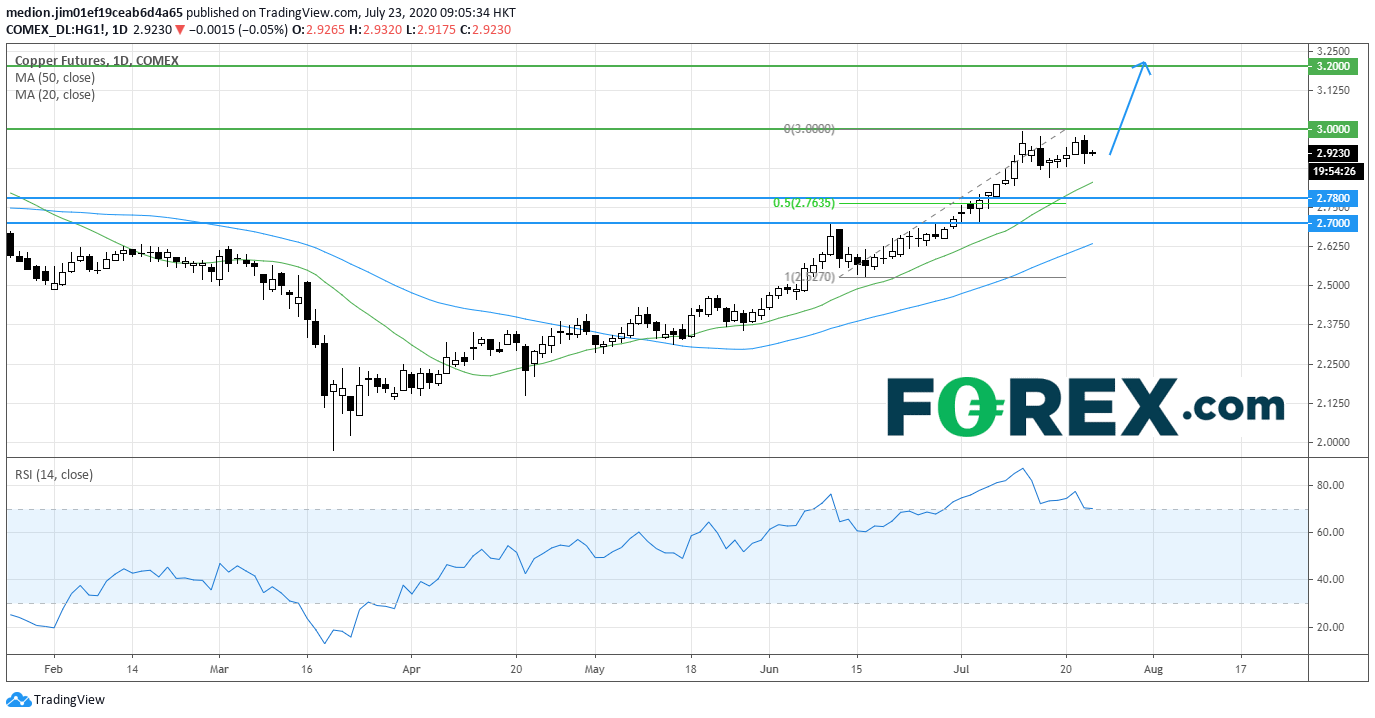 
The technical outlook of Palladium futures would be bullish on the daily chart as the prices broke above the symmetric triangle pattern.

Both 20-day and 50-day moving averages are turning upward. Besides, the relative strength index is above its overbought level at 70, but has not displayed any reversal signal. 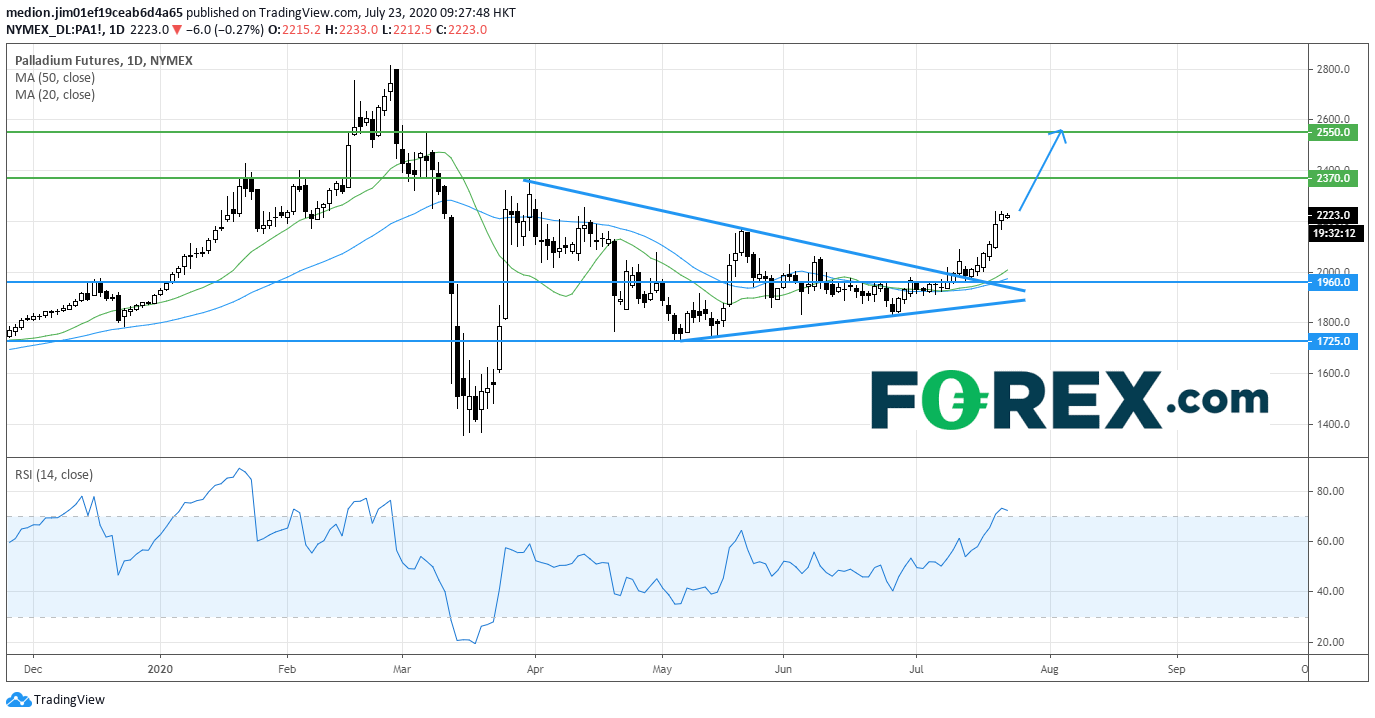 On a daily chart, platinum futures have broken above the declining trend line drawn from January top. In addition, the prices have recorded a series of higher tops and higher bottoms. Both technical configuration would favor the bullish outlook. 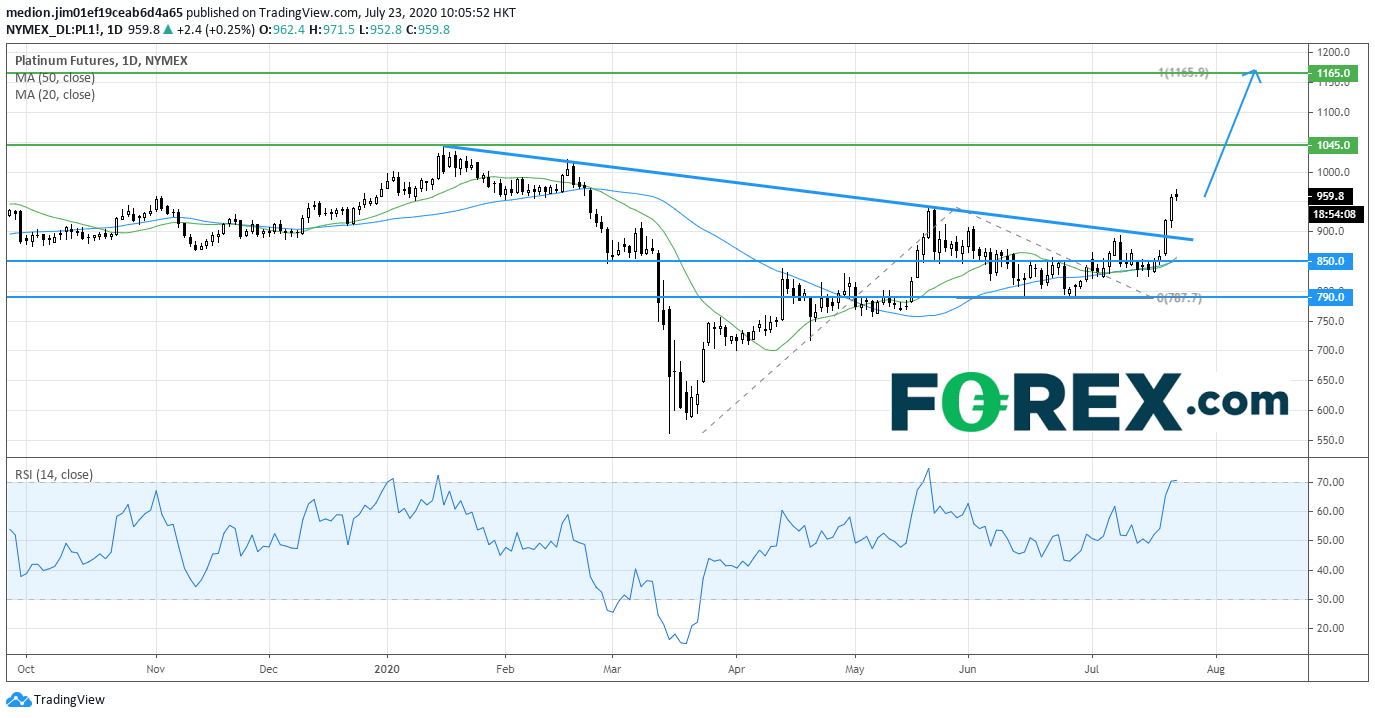