Benchmark US government bond prices have been inching higher and yields lower again, suggesting the recent improvement in US data has not made a big impact on interest rate expectations. 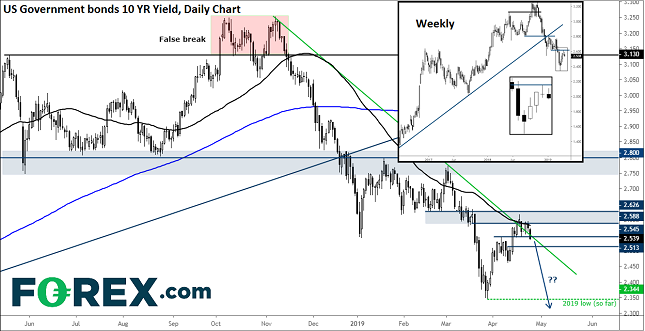 Overall, the technical indications suggest we may see weaker bond yields going forward, which could have major implications for other financial markets.