The US dollar index rose modestly on Monday to fluctuate just under major resistance around the 94.00 handle. This key level has held as resistance since the index broke below it in late July. Since that time, price has also formed a large inverse head-and-shoulders pattern, a technical chart pattern that suggests a potential bottoming and possible upside reversal for the dollar index. The “neckline,” or technical breakout level for the pattern, is right around the noted 94.00 resistance level.

Any sustained breakout above that neckline resistance would confirm the continued strength of the US dollar’s recent recovery from multi-year lows against a basket of other major currencies. Driven largely by increased market anticipation of more hawkishness from the Federal Reserve and fiscal stimulus from the US government, most notably in the form of potential tax cuts, the relief rally for the US dollar since early September has been substantial. 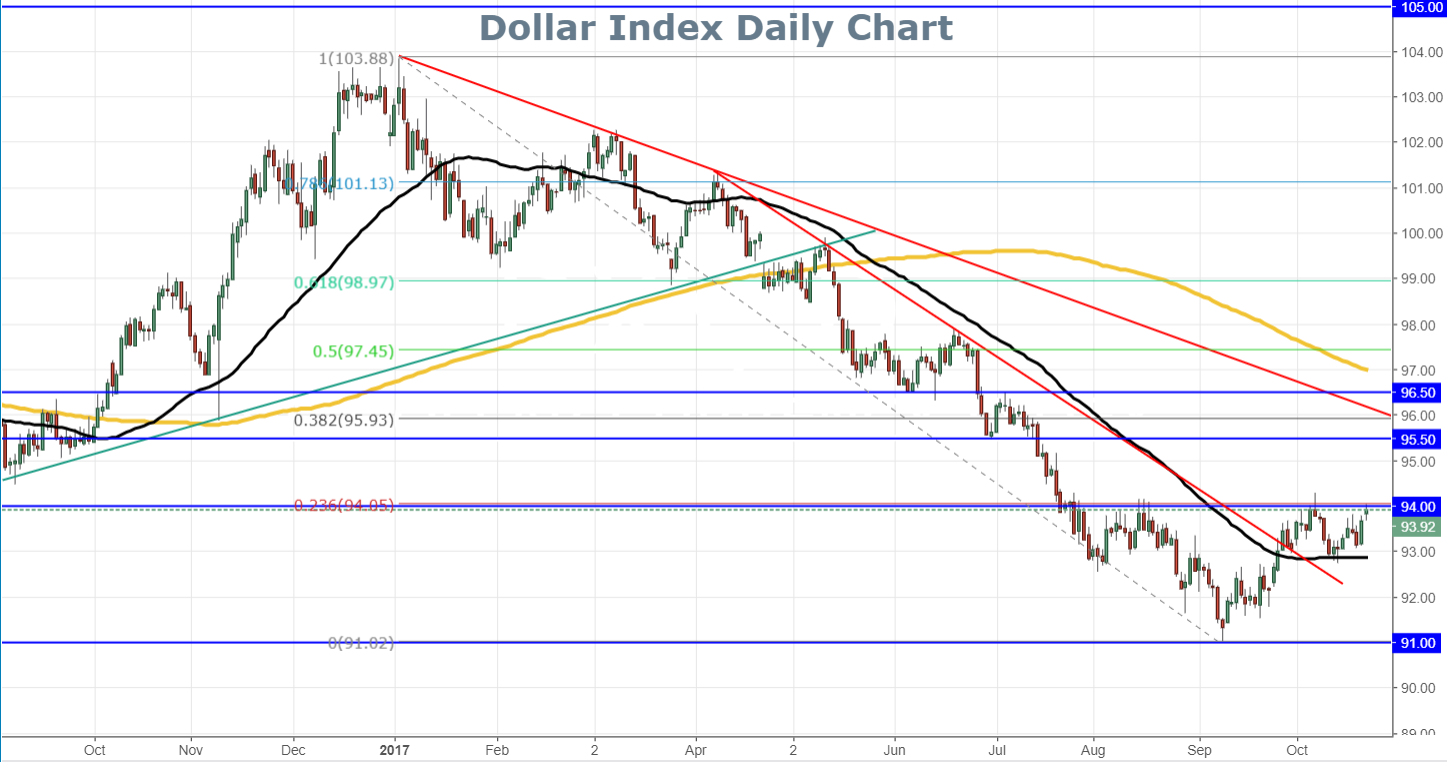