With a hawkish Fed, the DXY has room to run higher

The US Dollar Index (DXY) had been on a nice run since early September leading into last week’s FOMC statement. Although Powell and gang appeared to be on the more hawkish side, the DXY had sold off on what seemed like a “Buy the rumor, sell the fact” type of trade.  However, as markets began to decipher the language over the next few days, traders decided Powell was more hawkish than expected during the press conference, using such phrases as “tapering could conclude by the middle of next year” and “Many of the FOMC feel substantial further progress test on employment test has been met.  MY OWN VIEW IS THAT IT IS ALL BUT MET.”  Volatility ensued into the close that day, however DXY bulls continued to buy the US Dollar dips moving forward. 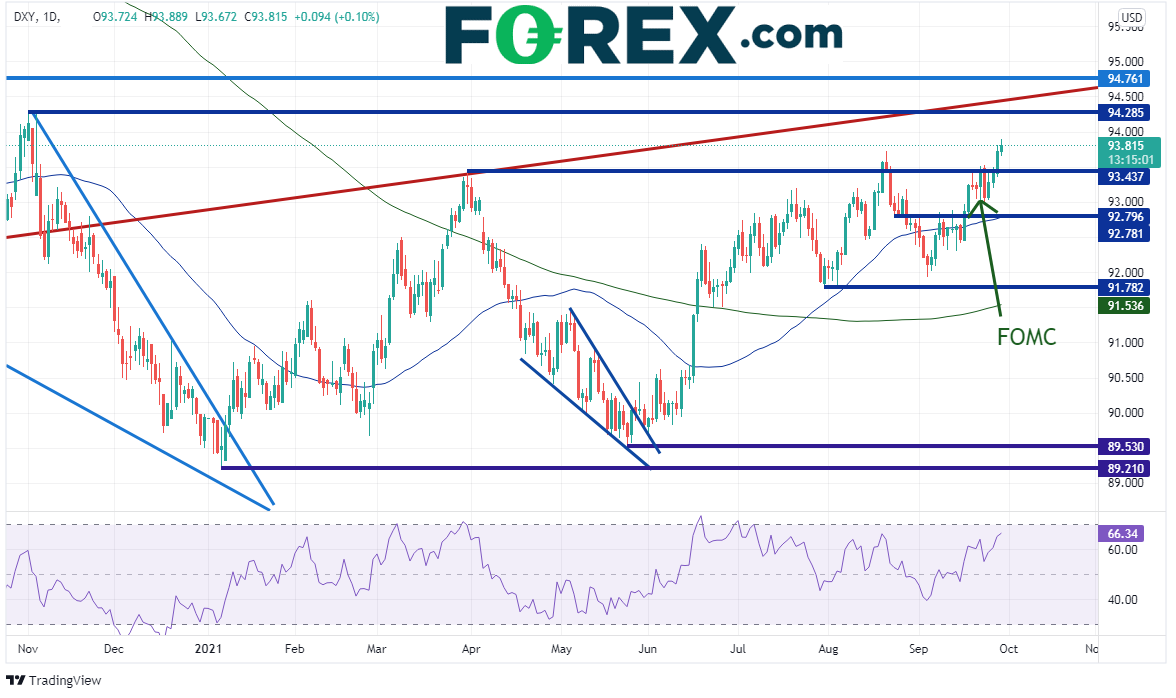 As the Euro makes up 57% of the US Dollar Index, one would expect the EUR/USD to move in the opposite direction from the DXY.  EUR/USD reached a new yearly low today at 1.1656 thus far, taking out the lows from August 20th at 1.1664.  If EUR/USD is to continue lower, there is a confluence of support at the lows of November 4th, 2020 and the 127.2% Fibonacci retracement from the August 20th lows to the September 3rd highs, between 1.1597 and 1.1602. Below there is the 161.8% Fibonacci extension from the same timeframe at 1.1512 and horizontal support dating back to March 2020 at 1.1495.  Resistance above on the daily timeframe is at a confluence of horizontal resistance and the 50 Day Moving Average between 1.1770 and 1.1778.  Above there is a long-term upward sloping trendline from the September 3rd highs at 1.1908. 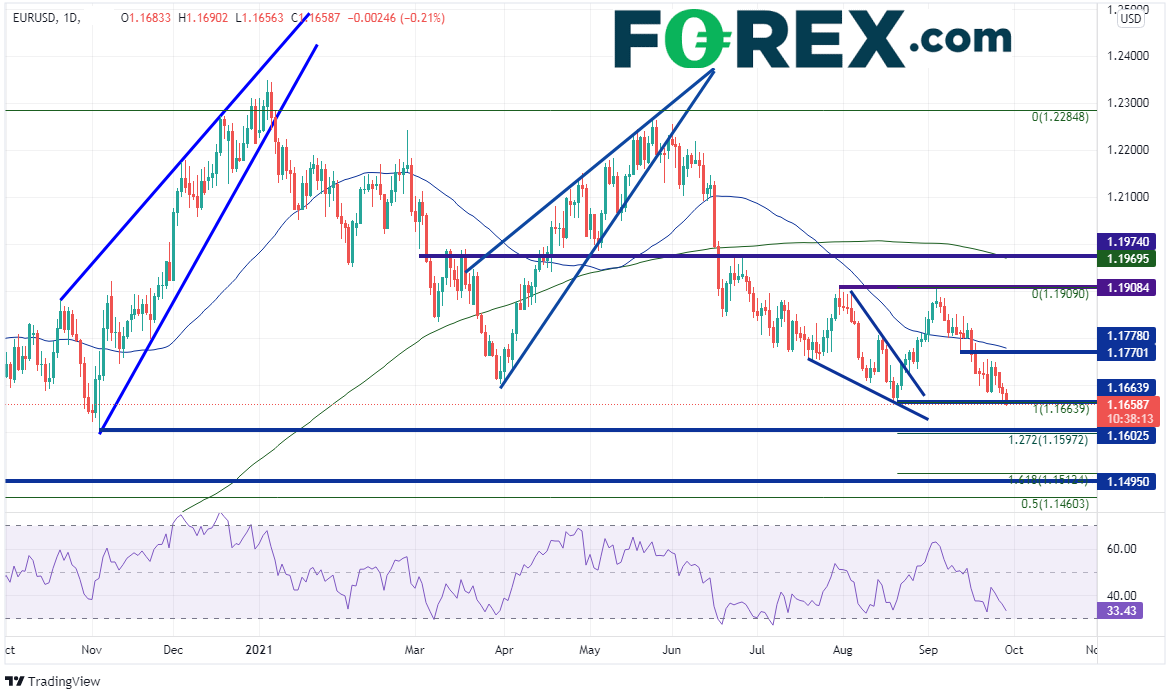 With a hawkish Fed, the DXY has room to run higher.  The next meeting isn’t until November 3rd, at which time the FOMC is almost sure to announce tapering will begin (barring a terrible NFP print next Friday).  The ECB has been rather neutral.  Therefore, unless the ECB changes their tune, we may see more EUR/USD weakness.