One of the major market themes of the past few months has been the steep rise of the US dollar after it broke out in mid-April above its previous consolidation near multi-year lows.

One of the major market themes of the past few months has been the steep rise of the US dollar after it broke out in mid-April above its previous consolidation near multi-year lows. The rise of the dollar during this time has prompted the US dollar index, a benchmark measure of the dollar against a basket of other major currencies, to break out above several major resistance factors, including the key 91.00 level, the 200-day moving average, and the important 92.50-area. Most recently, on Monday, the USD index hit the 94.00 resistance area before retreating.

Helping to drive dollar strength in the past several weeks has been the continued rise of bond yields and interest rate expectations. The benchmark 10-year US Treasury yield has recently risen and remained elevated above the key 3.00% level, peaking last week around 3.12%, which marked its highest point since mid-2011. Wednesday brings the release of minutes from the Federal Reserve’s last FOMC meeting, in which the Fed kept interest rates unchanged. Most importantly, scrutiny of Wednesday’s Fed minutes will focus on wording changes and any hints or indications regarding a widely expected rate hike in June. Currently, markets are pricing-in a 95% probability of a June rate hike.

In the run-up to the Fed minutes release, the US dollar has pulled back from Monday’s 94.06 intraday high but remains supported on continuing strength in bond yields. A key level to watch on the US dollar index amid the Fed’s release of minutes is the noted 94.00 resistance level. Any hawkish interpretation of the minutes could prompt a breakout above that level, which could then open the way towards the 95.00 handle and above. To the downside, any dovish interpretation could prompt a pullback towards the 92.50 support area once again. 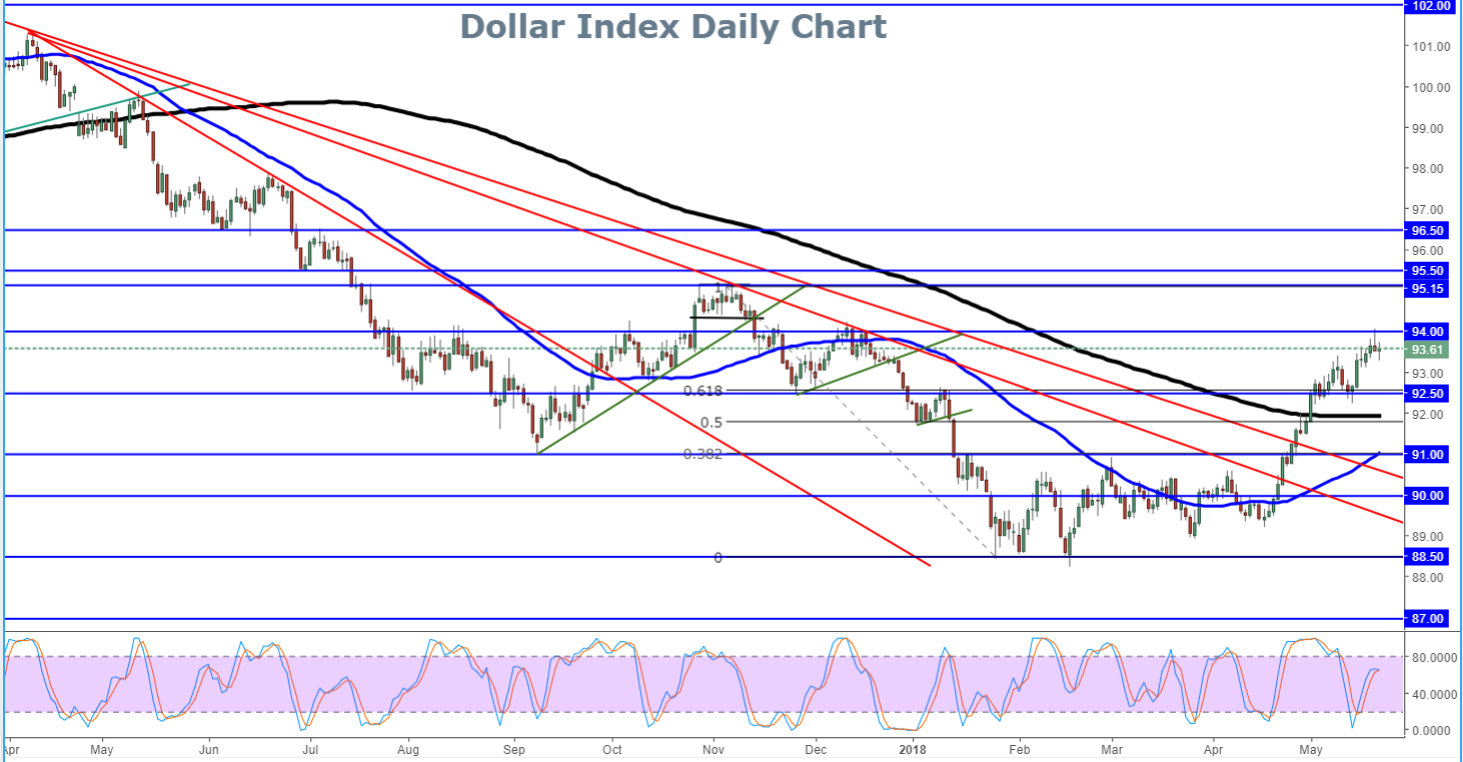