US ISM Manufacturing PMI for August came in at 49.1 vs 51.1 expected and 51.2 last.  A reading below 50 generally signals a contraction in the economy.  With the reading below 50, the US now joins much of the world in a manufacturing slowdown.  Upon release of the data, the DXY immediately traded from 99.25, just about the 161% extension of the August 23rd highs to lows, to below 99.00.   Immediate support is previous highs (which now acts as support) from August 1st at 98.93.  On this move lower, RSI has also unwound from previously O/B conditions.  Next support level is horizontal support at near 98.10. 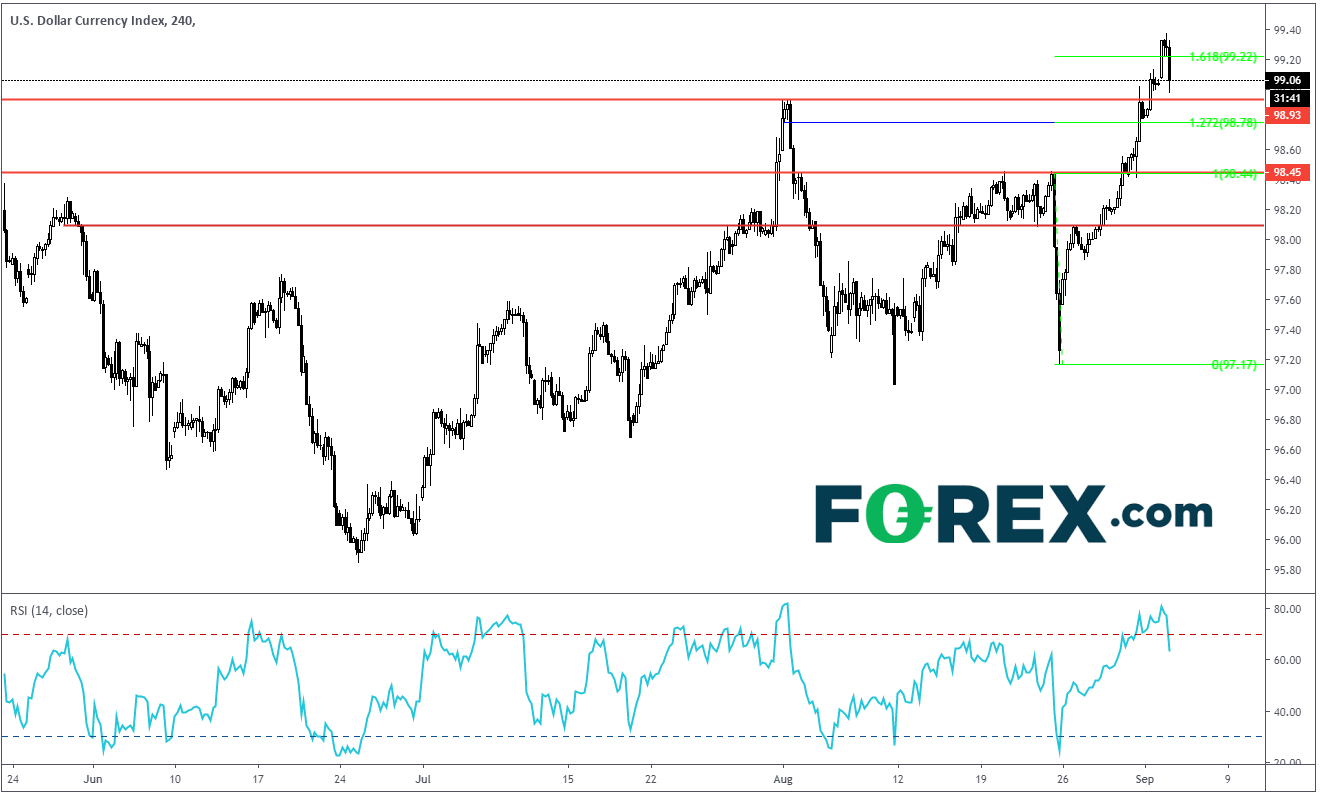 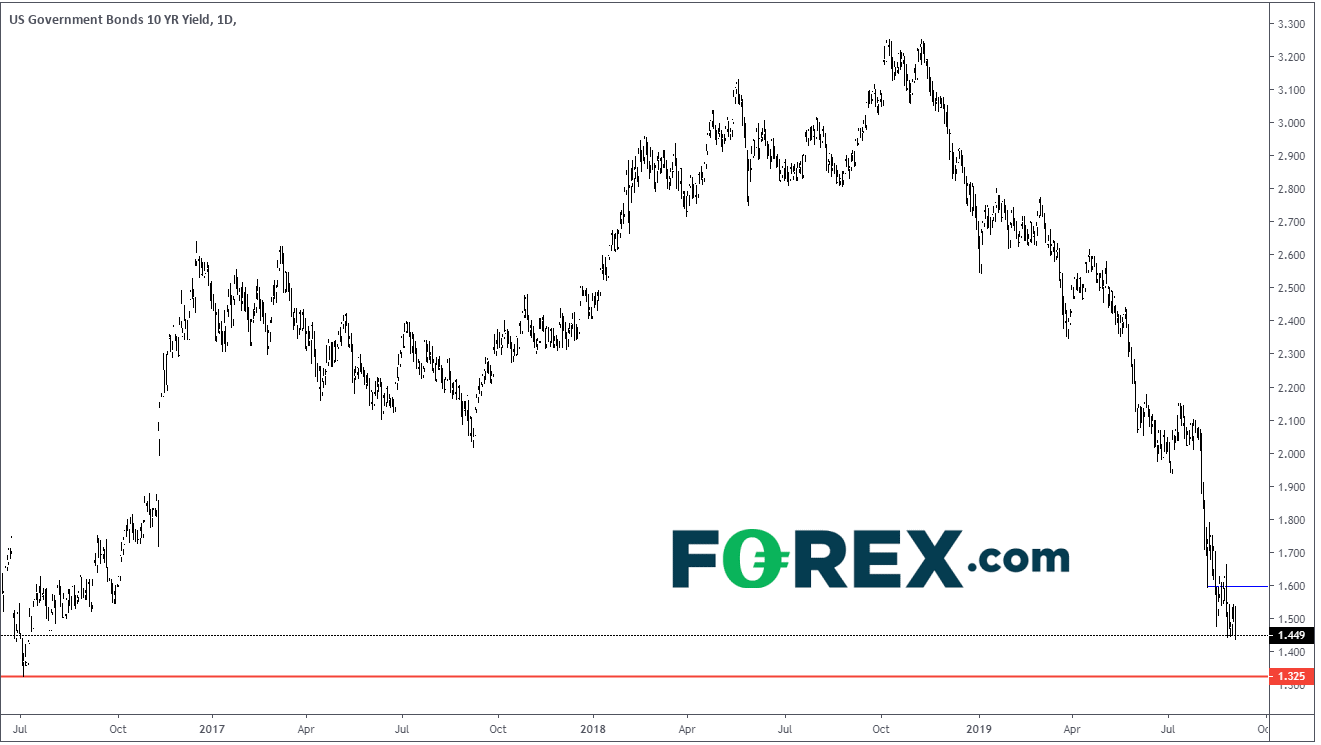 
The market had already priced in a 100% chance of a rate cut at the September 18th FOMC meeting before the data release.  However, now odds for a 50bps hike have increased slightly.  Next important piece of data to watch is non-farm payrolls on Friday.  Currently expectations are for 150,000 private jobs created in June vs 148.000 in July.