The markets appear to be taking the first look at the US GDP Growth Rate for Q4 in stride.

The markets appear to be taking the first look at the US GDP Growth Rate for Q4 in stride.   The headline number was in line with expectations of 2.1% vs a Q3 reading of 2.1%.  Net exports contributed to a large portion of this increase, which is a good thing.  However, personal consumption, which the Fed pays particularly close attention to, fell to 1.8% vs 2.0% expected and 3.2% in Q3.  In addition, Core Personal Consumption QoQ fell to 1.3% vs 1.6% expected and 2.1% in Q3.  For an economy which is often described by the phrase “Don’t underestimate the US consumer”, this is not good news.

Another measure of inflation from the GDP data is the GDP deflator, which measures changes in the prices of goods and services produced in the United States, including those exported to other countries.  Prices of imports are excluded.  (Bureau of Economic Analysis).  The GDP deflator for Q4 was 1.5% vs 1.8% expected and 1.7% in Q3.

Upon the release, the US Dollar Index and S&P 500 E-mini futures were little changed. However, both are currently lower. 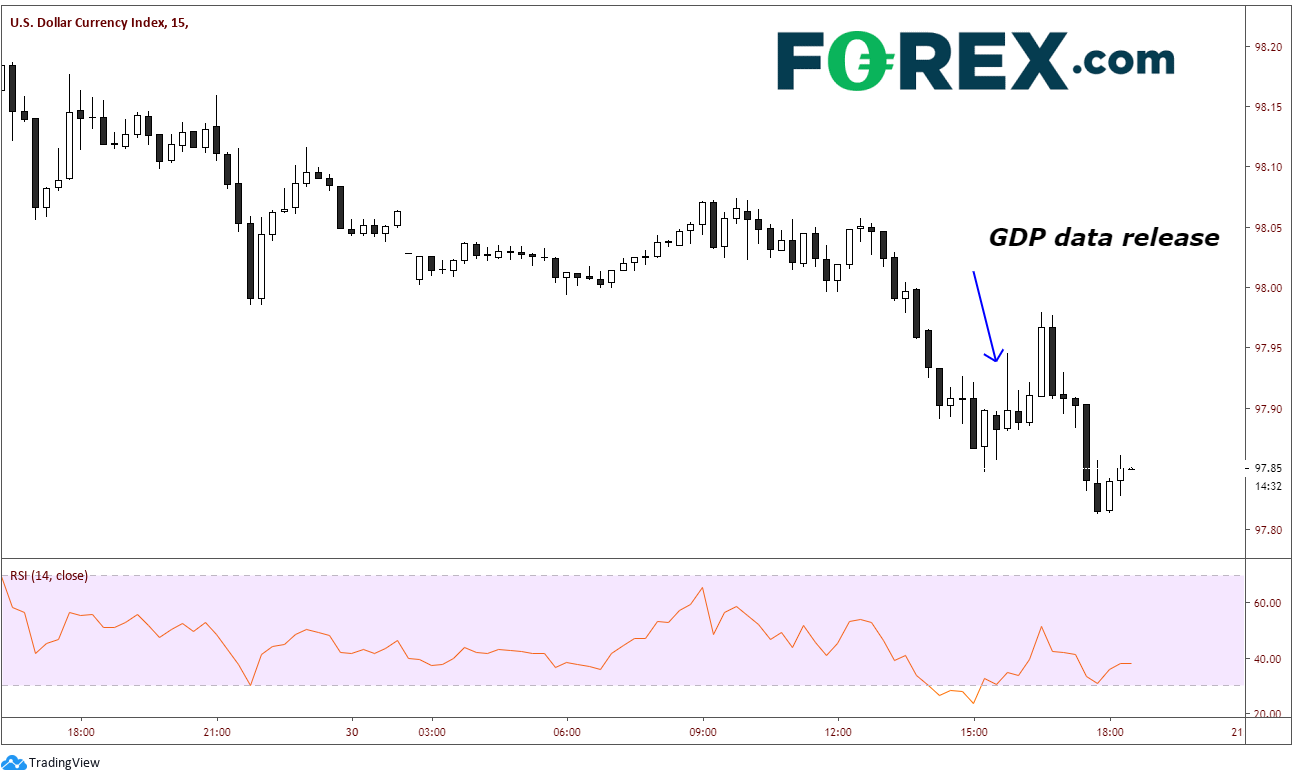 One would guess the Fed had this data yesterday.  But we need to ask the question:  with lower personal consumption and lower inflation data,  will that motivate the Fed to become more dovish if the data continues at this rate?