<p>Global equity markets have increased their gains at the start of the week, with European indices closing between 0.3 to 1.6 per cent higher today. In the US, shares on Wall Street were trading higher at the time of this writing. Sentiment in the stock markets has remained resilient despite a sell-off in the oil market and fresh data showing industrial activity in China slowed down more than expected at the start of the year. Stock market investors seem happy to be picking the dips due to the on-going support from central banks. With interest rates being virtually zero across the developed nations, there are not many asset classes that come with acceptable yields and reasonable degrees of risk.</p> 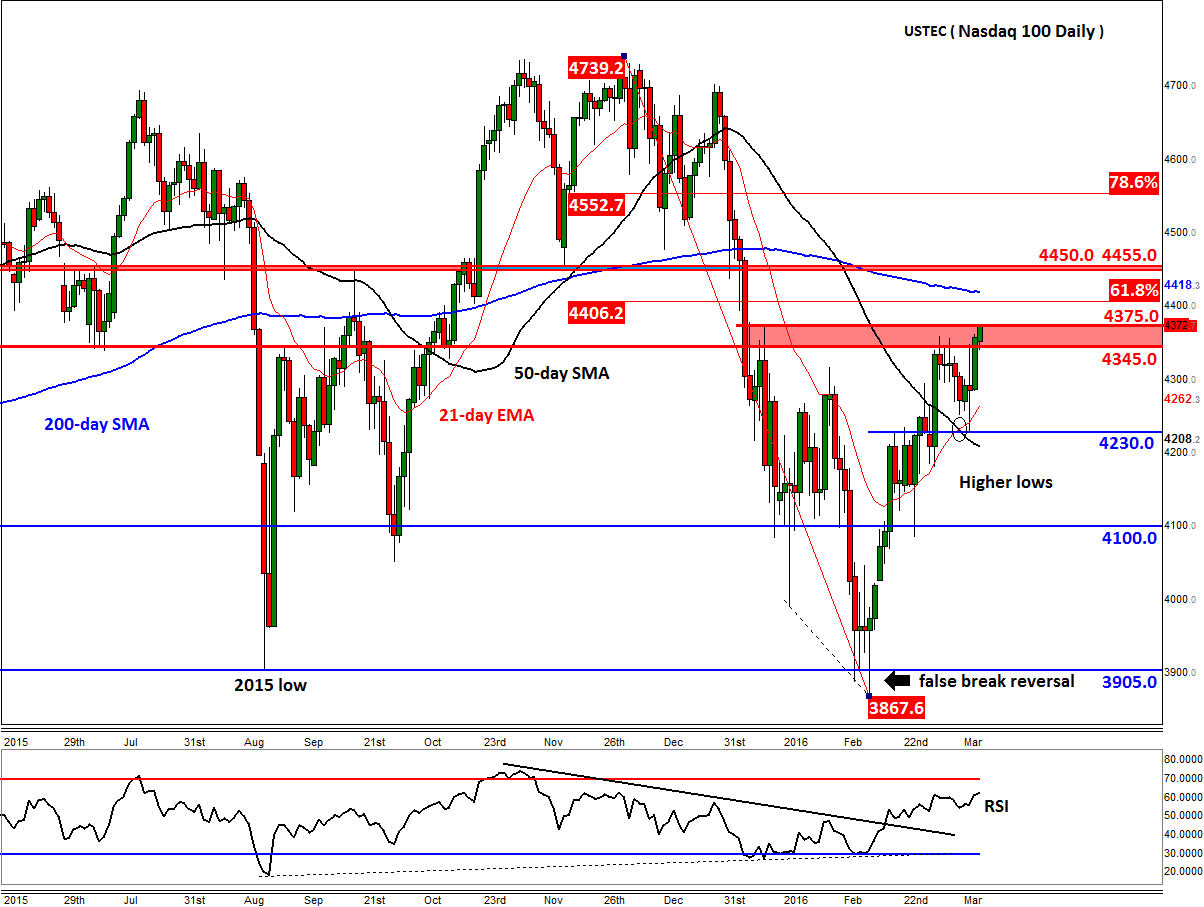