This is simply because China is the world’s second largest economy and a massive market for European and US exports.

The escalation of tensions between the US and Iran may have underpinned safe-haven gold and caused a spike in crude oil prices, but its impact on the wider markets have been minimal, even if Tehran has promised "severe revenge" for the death of Soleimani.

Stock markets in the US remain near record levels while in Europe the pullback for major indices from recent highs has been quite shallow so far, suggesting the bulls are still in control of price action. Equity market investors seem confident that the US-Iran tensions will have minimal impact on global growth and the spike in crude oil could prove to be temporary and therefore unlikely to hurt demand. If anything, the rise in oil prices could be good news for energy stocks.

Indeed, in the eyes of investors, the US-China trade deal is more important than the US-Iran conflict. This is simply because China is the world’s second largest economy and a massive market for European and US exports. In contrast, Iran’s economy is nowhere near as large and in any case, it has minimal trade relations with the US.

As optimism over a phase one trade deal between the world’s largest economies rise, it is no wonder to see the yuan continue to shine alongside stocks.

In fact, the yuan appears to have made a bullish technical breakthrough today, causing the closely-followed USD/CNH pair to break down. After making a series of lower highs, breaking several support levels and moving below its 200-day average, the USD/CNH has today broken its bullish trend line and key support in the 6.9580 region. A daily close around current levels, or lower, would confirm the breakdown, potentially leading to further technical selling in the days ahead. It is possible that rates could then quickly drop to the next key support around 6.8500, a level which ties in with the lower trend of its newly-established bearish channel. 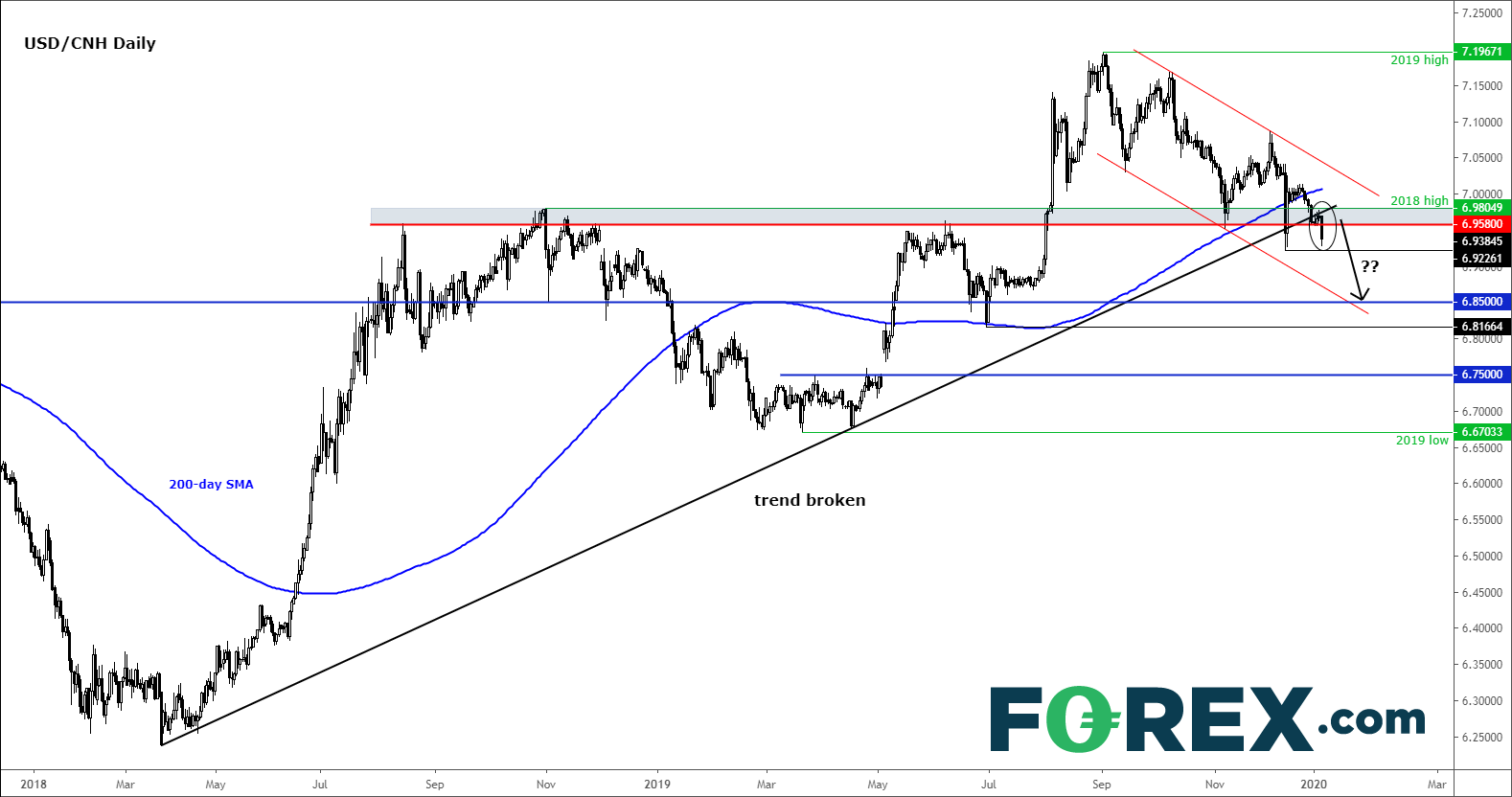