1.3600 is an important previous resistance level, having served as a bearish reversal point when the currency pair hit a high around 1.3600 at the very end of last year. The level now serves as key potential support after USD/CAD broke out above 1.3600 in late April and then went on to hit a high slightly short of its 1.3800 resistance target just over a week ago.

The sharp surge for crude oil and the Canadian dollar on Monday was based on an agreement between two of the largest participants – Saudi Arabia and Russia – to extend the OPEC-led production cuts. There are many more participants, however, that need to sign-off on an extension in order for the supply cuts to be perpetuated further. Also, despite recent data showing a large and unexpected drop in US crude oil inventories, US oil production is highly unlikely to abate at current price levels. Therefore, while a Saudi-Russia agreement to extend production cuts is indeed encouraging, there are several other obstacles potentially impeding lower crude supply and higher oil prices.

By Monday afternoon, the initial crude oil rally had lost momentum, paring its earlier gains. This also had the effect of paring Canadian dollar gains and producing the noted USD/CAD bounce off 1.3600 support. If 1.3600 continues to hold as support, any counter-reaction to Monday’s oil surge and/or US dollar pullback could prompt USD/CAD to head back up towards the 1.3800-area highs. And any further potential breakout above 1.3800 would confirm a continuation of the long-term USD/CAD uptrend. 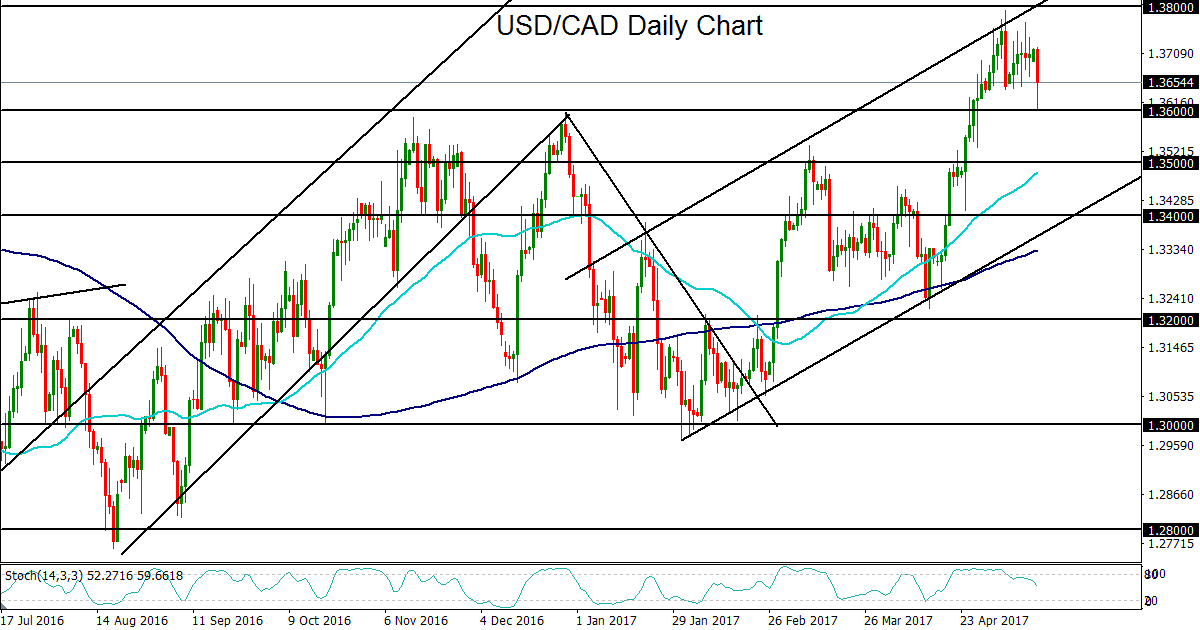