While uncertainty still abounds as to whether the deal will be able to garner further non-OPEC participation, as well as the extent to which OPEC participants will actually implement the deal’s guidelines, optimism that oil producers were moving in the right direction was running strong. USD/CAD dropped on this optimism as the Canadian dollar strengthened even against a rallying US dollar.

Aside from this weekend’s oil producer meeting, another major upcoming event that will have direct bearing on the USD/CAD currency pair will be next Wednesday’s Federal Reserve interest rate decision. The US dollar has generally been rising in a sharp rally ahead of the Fed’s decision, in line with consistently high expectations that the Fed will implement a 25-basis-point rate hike next week.

Between the oil deal discussions and the Fed meeting, USD/CAD could have much room to move within the coming week. As noted, the currency pair has dropped down to the key 1.3200 support level. This drop follows last week’s USD/CAD breakdown below both its 50-day moving average as well as a key uptrend channel that had been in place since mid-August.

With Fed expectations having already boosted the US dollar dramatically in the past few weeks, a Wednesday rate hike alone is not likely to extend the dollar-rally drastically further, at least in the immediate aftermath. At the same time, any hints of successful negotiations during this weekend’s meeting of OPEC/non-OPEC producers could trigger a strong crude oil rally. In this event, a sustained USD/CAD breakdown below the 1.3200 support level could pressure the currency pair towards its next major downside target at the 1.3000 psychological support level. 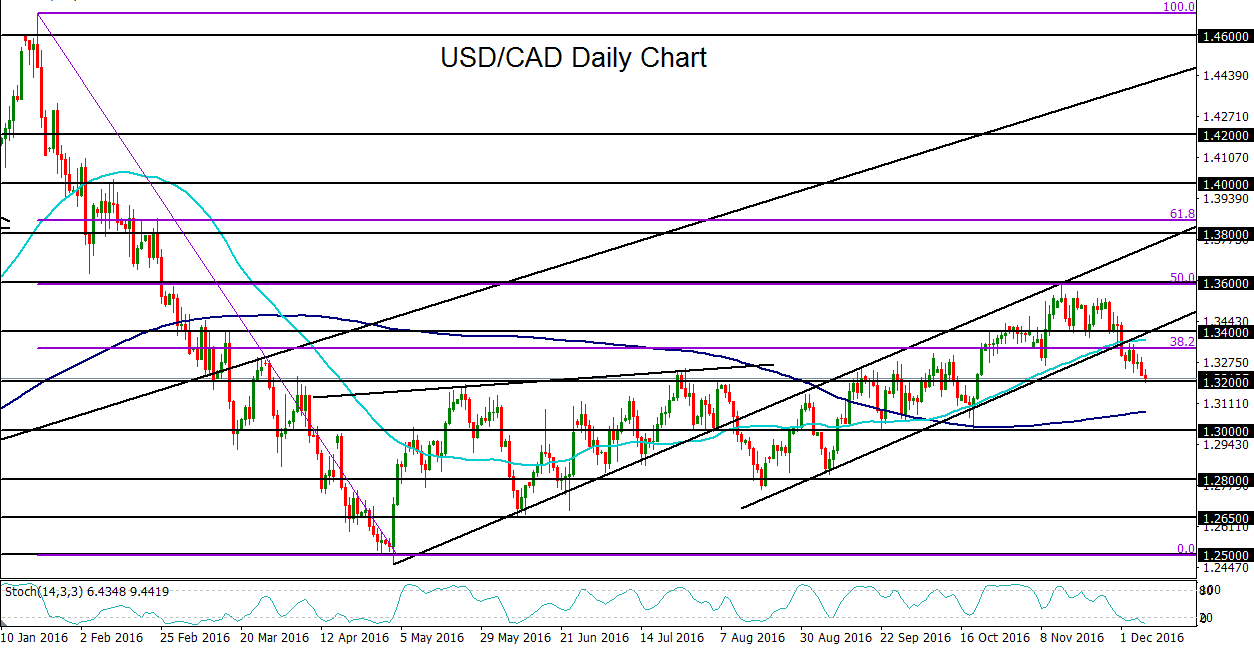