Before that Fed hike potentially occurs, however, the Bank of Canada will be meeting to make another policy decision next week. While it is not expected that the central bank will institute a third consecutive rate hike at that time, any hawkish indication of further policy tightening going forward will likely boost the Canadian dollar. Of course, if the BoC unexpectedly decides to raise rates next week, the Canadian dollar is likely to surge much further. Late last month, however, Bank of Canada Governor Stephen Poloz stated in a speech that there would be “no predetermined path for interest rates,” and then went on to warn that “monetary policy will be particularly data-dependent in these circumstances and, as always, we could still be surprised in either direction.” Those comments appeared to back off from the central bank’s previously hawkish stance.

Prior to next week’s Bank of Canada meeting, Canada’s Consumer Price Index data for September will be released on Friday of this week. This monthly inflation release serves as one of the key data inputs likely to impact the BoC’s upcoming decision. Consensus expectations are for a +0.3% rise in consumer prices against the previous month’s lower-than-expected +0.1%.

Technically, USD/CAD continues to trade within a clearly bearish trend, despite the recent relief rally. As of Tuesday, the currency pair has again reached above 1.2500 to touch a key downtrend line extending back to May’s 1.3800-area highs. With any further US dollar strength or increasing dovishness from the Bank of Canada, this downtrend line is likely to be broken to the upside. In that event, key upside targets are around the 1.2650 and 1.2800 resistance areas. A move back down for USD/CAD on Canadian dollar strength as a potential result of sustained hawkishness from the Bank of Canada would likely result in a resumption of the bearish trend, with an immediate downside target around the 1.2400 support area. 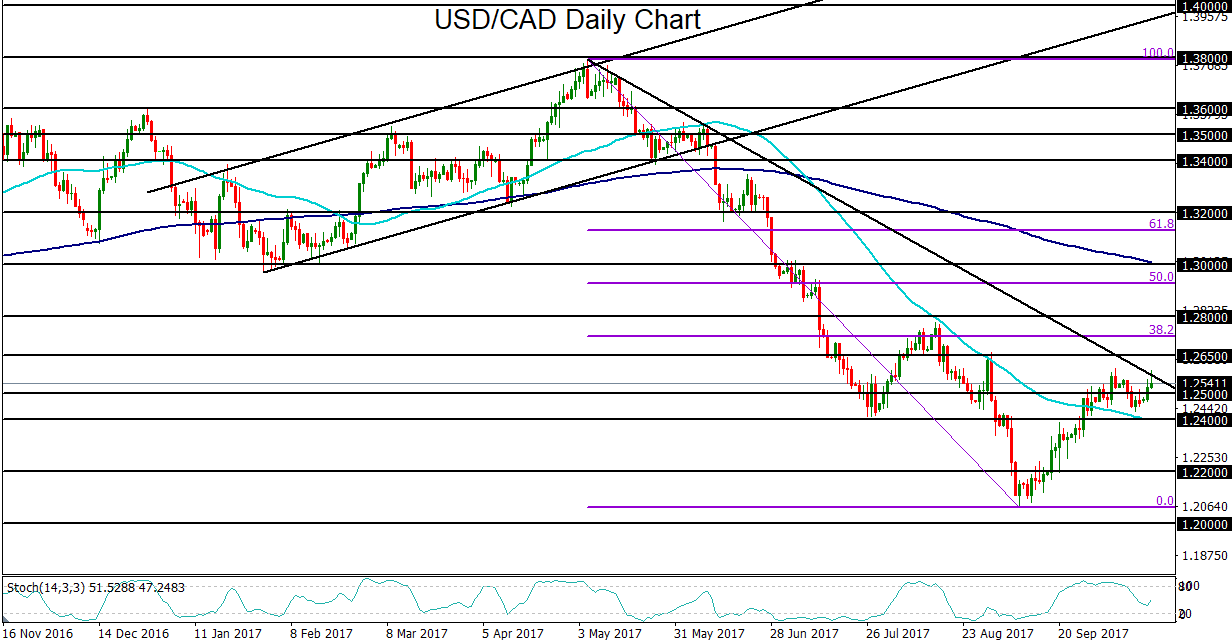