<p>USD/CHF has tentatively turned back to the downside on Monday ahead of this week’s potentially pivotal Federal Reserve meeting, when guidance on the trajectory of interest rates in the US is expected to be provided by Wednesday’s FOMC statement.</p> 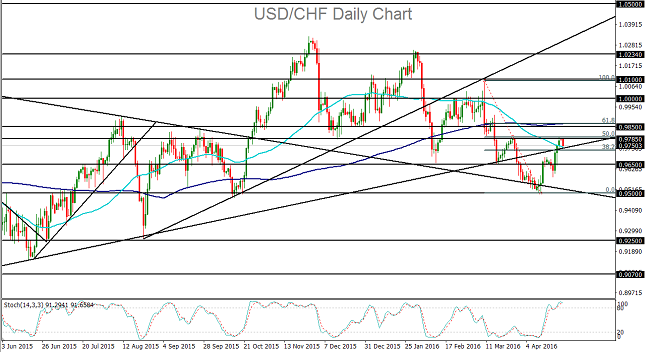