<p>USD/JPY extended its recent plunge on Thursday, falling well below the 110.00 psychological level to hit its next major downside support target at 108.00. In the process, the currency pair has established a new 17-month low.</p> 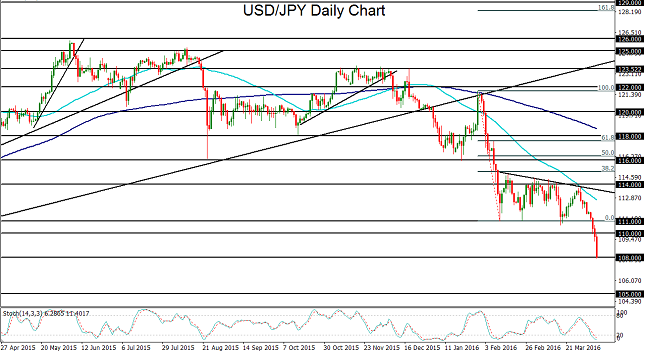