<p>USD/JPY has begun to pare its gains after having surged above key resistance at 111.00 late last week due to reports that the Bank of Japan (BoJ) is considering potentially more aggressive easing actions in the form of additional stimulus measures. This would entail the implementation of negative lending rates to financial institutions in Japan.</p> 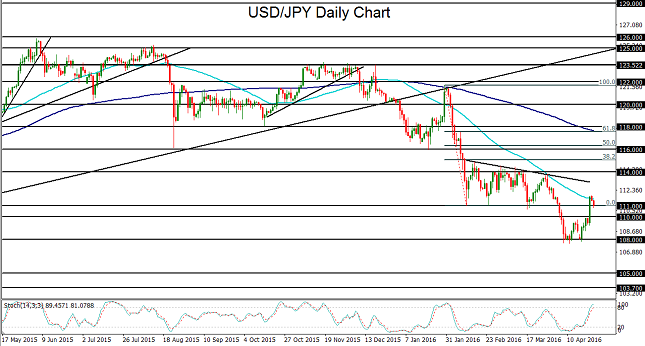