After the Bank of Japan announced on Wednesday a new set of measures to extend quantitative easing and expand its monetary base, the Japanese yen initially fell back, as might have been expected. Shortly after, however, the yen surged ahead of the September Fed meeting on Wednesday afternoon, pressuring USD/JPY down towards the key 100.00 level. After the Fed provided somewhat of a mixed message as it kept rates unchanged yet again, the US dollar fell further into Thursday, but the yen’s subsequent retreat helped prompt a clean bounce for USD/JPY right around the noted 100.00 psychological level.

As USD/JPY currently continues to be entrenched within a long-term, medium-term, as well as a short-term bearish trend, the 100.00 level remains a major “line-in-the-sand” for the currency pair. For this key line at 100.00 to continue holding, the yen will likely need to weaken further on the basis of the newly-announced Bank of Japan easing measures, and the US dollar will likely need to rebound on the somewhat greater likelihood of a Fed rate hike by the end of the year.

If these conditions occur, USD/JPY could continue its bounce off 100.00 support to target a further recovery towards the 103.00 and then 105.50 resistance targets. Any subsequent breakdown below 100.00 support, however, would be a strong bearish signal, in which case the next major downside target is around the key 97.00 support level. 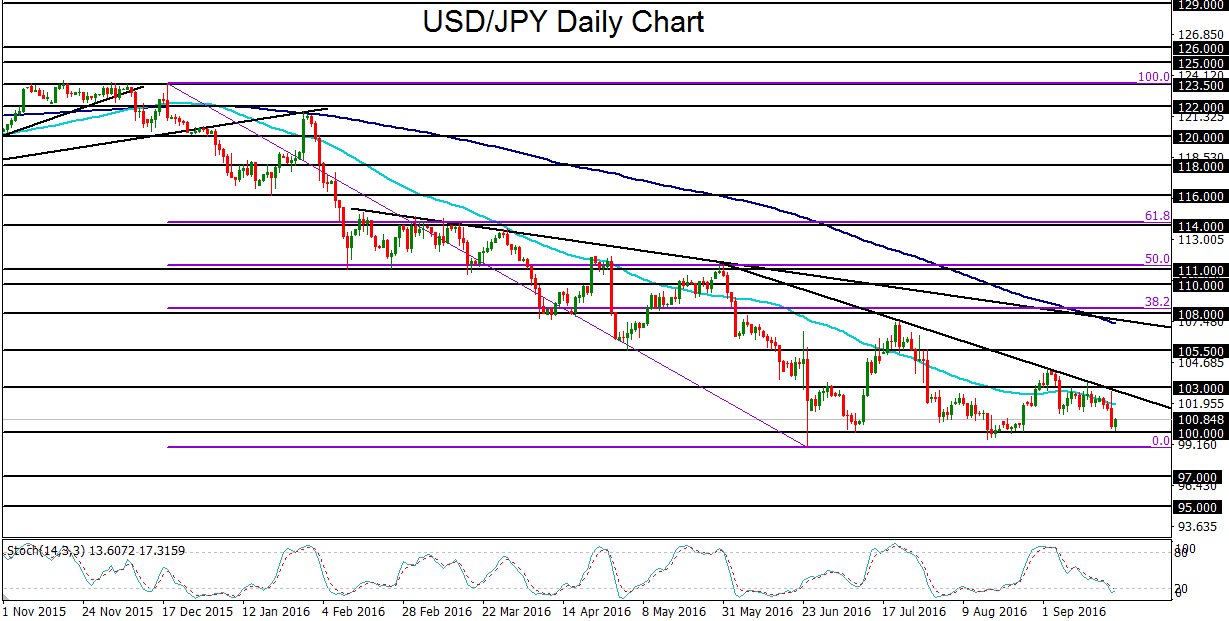