<p>As markets across the globe early on Referendum Thursday continued to reflect strong conviction that the majority of Britons would vote to remain in the European Union, USD/JPY tentatively surged above key resistance around the 105.50 level before paring some of its gains. This sharp rise was primarily due to substantial weakening of the yen, as bets that a Remain outcome would prevail prompted a considerable shift away from the safe haven Japanese currency. This shift occurred as the “risk-on” environment that began this week continued to prompt buying of riskier assets and a sell-off in assets that have traditionally been considered safe havens, like the yen and gold.</p> 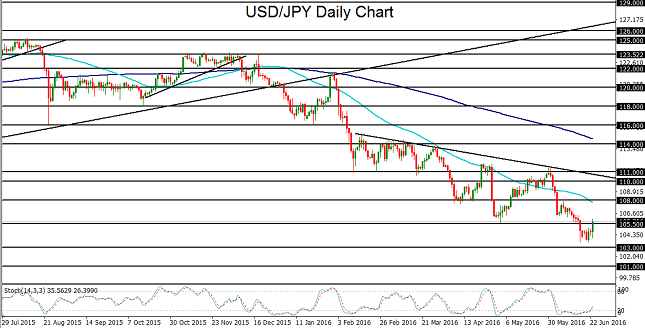