SPX closes down 5.64% WoW, EUR and CAD post the largest moves against the USD

The US Dollar was bullish against most of its major pairs on Friday with the exception of the GBP. On Monday, Markit's US Manufacturing Purchasing Managers' Index for the October final reading is expected to remain at 53.3 on month, in line with the October preliminary reading. Finally, Construction Spending for September is expected to rise 0.9% on month, compared to +1.4% in August.

Market News International's Chicago Business Barometer slipped to 61.1 on month in October (58.0 expected), from 62.4 in September.

The University of Michigan's Consumer Sentiment Index advanced to 81.8 on month in the October final reading (81.2 expected), from 81.2 the October preliminary reading.

Pending Home Sales slipped 2.2% on month in September (+2.9% expected), compared to +8.8% in August. The Mortgage Bankers Association's Mortgage Applications rose 1.7% for the week ending October 23rd, compared to -0.6% in the previous week. New Home Sales unexpectedly fell to 959K on month in September (1,025K expected), from a revised 994K in August.

Finally, The Conference Board's Consumer Confidence Index unexpectedly declined to 100.9 on month in October (102.0 expected), from a revised 101.3 in September.


This week's biggest moving major pairs were the EUR/USD which closed down 210 pips and the USD/CAD which gained 199 pips.

Looking at the EUR/USD, the pair remains in a holding pattern between 1.202 resistance and 1.1605 support with a bias to the upside. 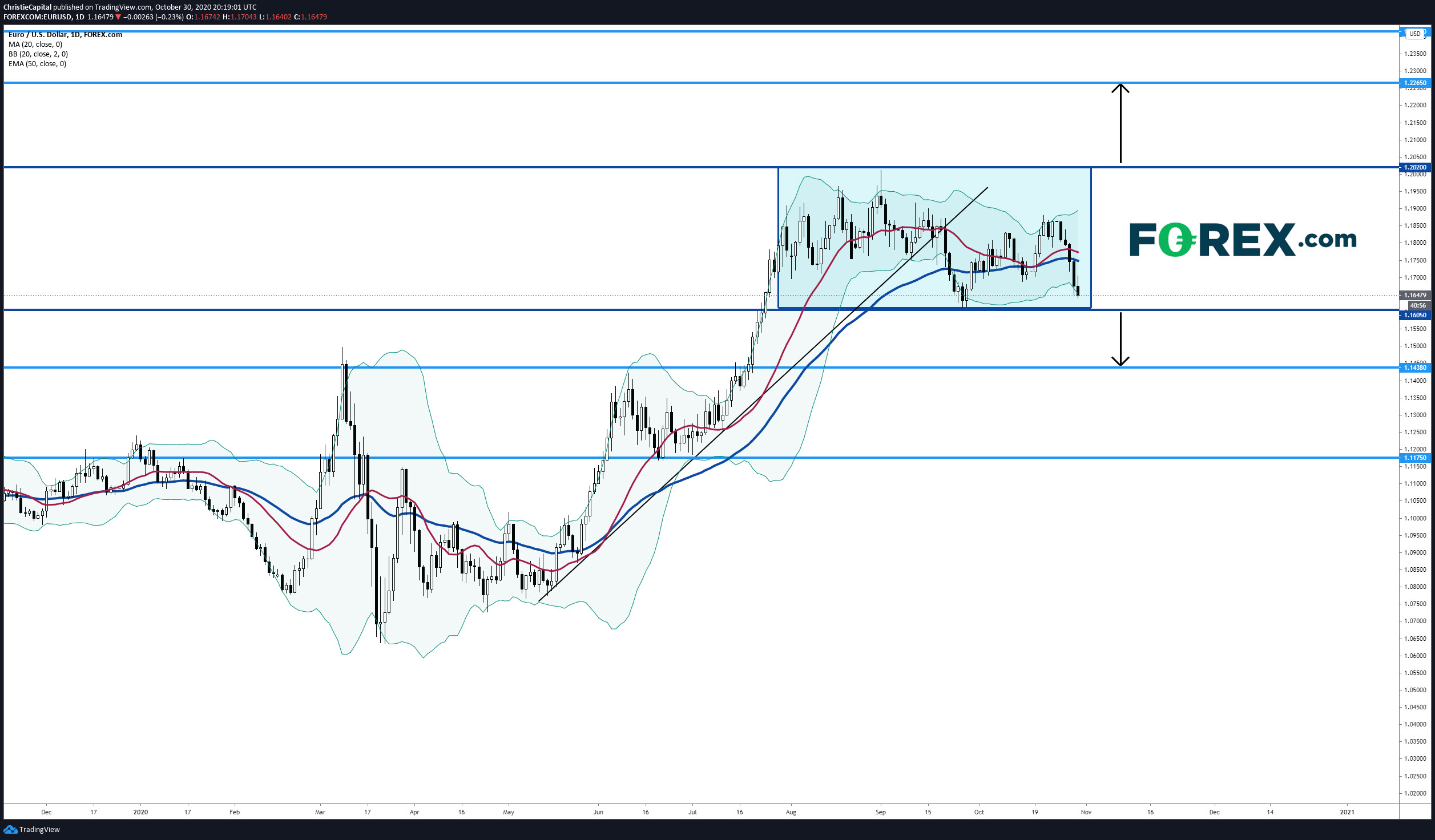 The USD/CAD also remains in a consolidation zone between 1.342 resistance and 1.30 support. The bias is to resume the prior trend lower if a break below 1.30 takes place. 
Have a great weekend.