Rebound in play on the USDCAD while GBPUSD falls back on support.

The US Dollar was higher against all of its major pairs on Monday. On the US economic data front, no major economic data was released.

On Tuesday, Existing Home Sales for August are expected to increase to 6.00 million on month, from 5.86 million in July.

The Euro was higher against most of its major pairs with the exception of the CHF, JPY and USD. In Europe, no major stats were reported.

The Australian dollar was under pressure against most of its major pairs with the exception of the NZD.

The GBP/USD dropped 124 pips to 1.2793 in late-day trading on Monday making it the days largest mover among the major pairs followed by the USD/CAD which jumped 106 pips to 1.331.

Looking at a daily chart of the GBPUSD, prices have fallen back into a major overlapping support area. Look for a break below 1.2750 for a continuation lower towards 1.251 support. A break above 1.2985 could call for a resumption of the prior uptrend. 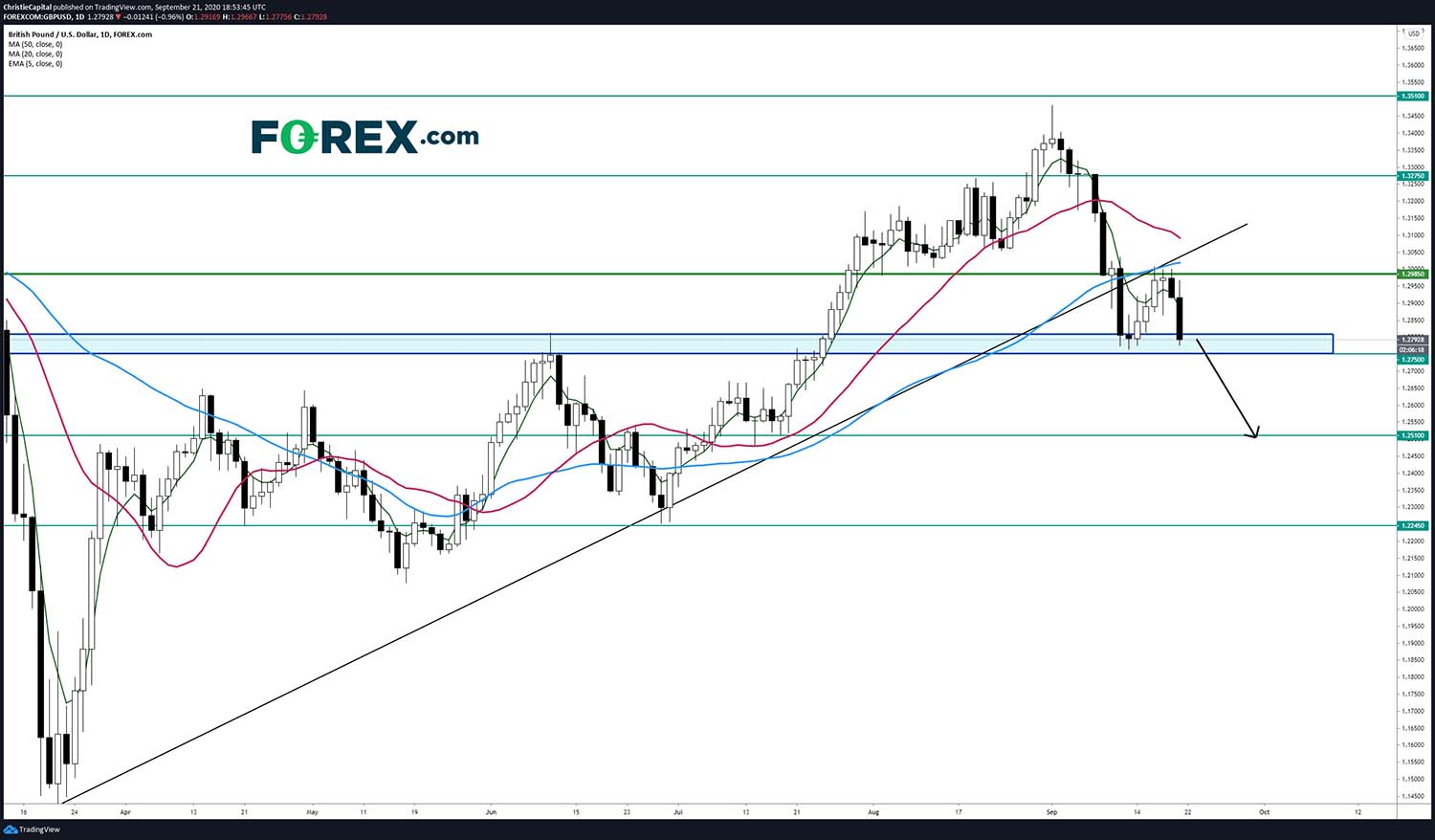 The USDCAD has started to rebound after breaking above its 50-day moving average (In Blue). As long as 1.3035 remains support, look for higher price action towards 1.3505 resistance in what could be the start of a major rebound higher. 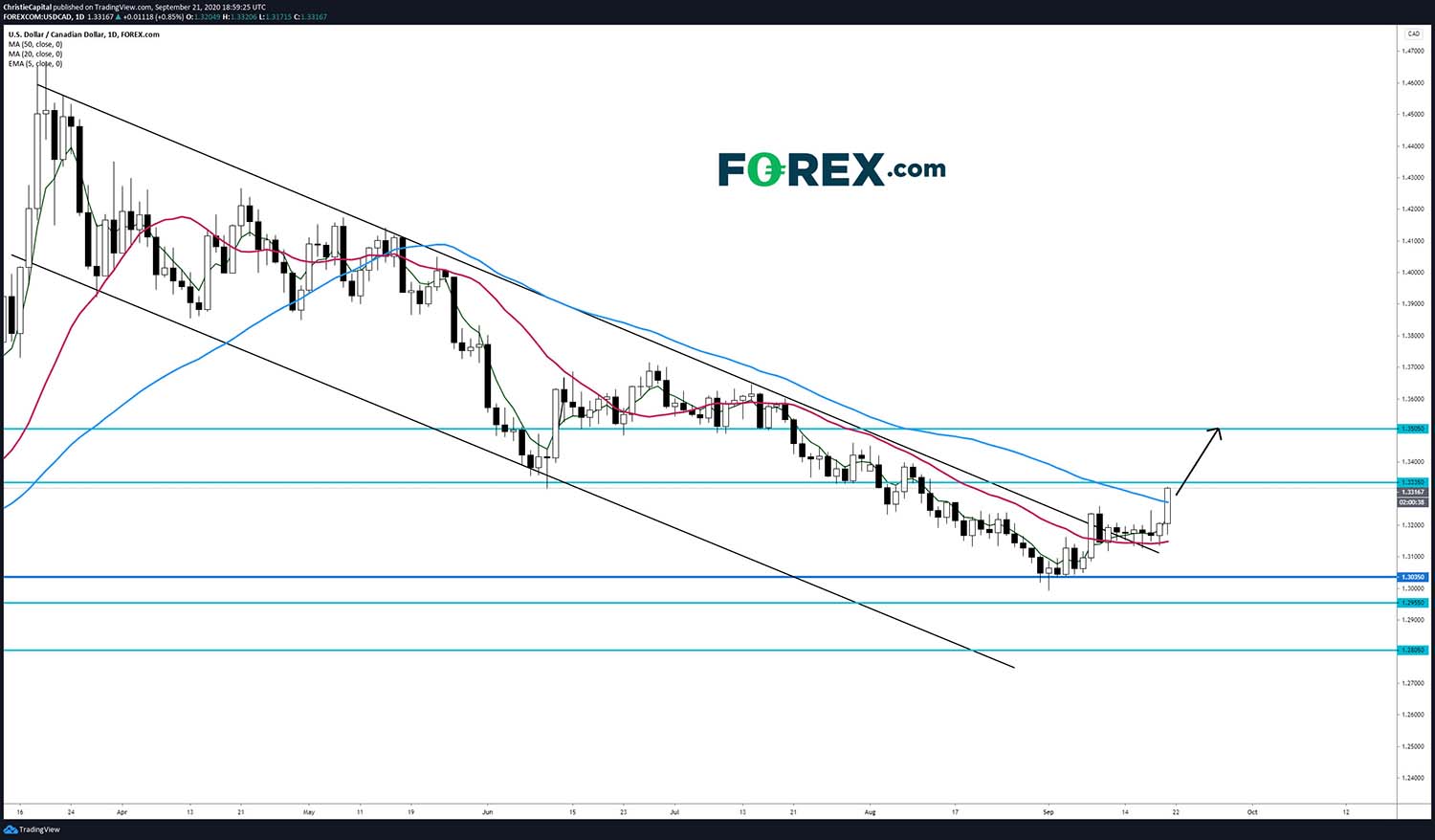