The US dollar has extended its bounce that began at around the start of the month as the Dollar Index’s stay beneath 100 proved to be temporary. Consequently, the EUR/USD, GBP/USD and basically everything else against the dollar has fallen sharply today. Meanwhile, the NZD has sold off in part due to news that the RBNZ’s Governor Graeme Wheeler will step down when his term ends in September. 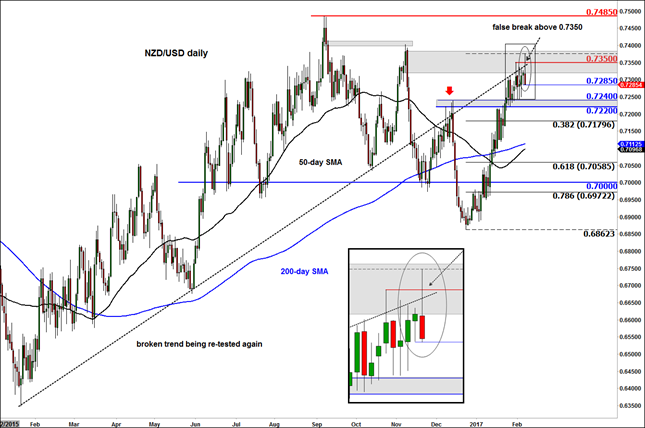