USDCAD and USDJPY key pairs to watch on Wednesday

We anticipate some volatility after key economic data: Chart

On Wednesday, the Mortgage Bankers Association's Mortgage Applications data for the week ending November 13th is expected. Finally, Housing Starts for October are expected to rise to 1,460K on month, from 1,415K in September.

The Euro was bullish against most of its major pairs with the exception of the CHF, GBP and JPY. In Europe, no major economic data was released.


On Wednesday, Canada is expected to report an inflation rate of 0.3% YoY in October compared to 0.5% in the month prior. We have seen an average of 69 pips of volatility after past inflation reports. The pair remains in a consolidation pattern between 1.299 support and 1.342 resistance. A double bottom may be in play but is not confirmed until price action breaks above 1.342 resistance. The preference is for a rebound higher towards 1.365. 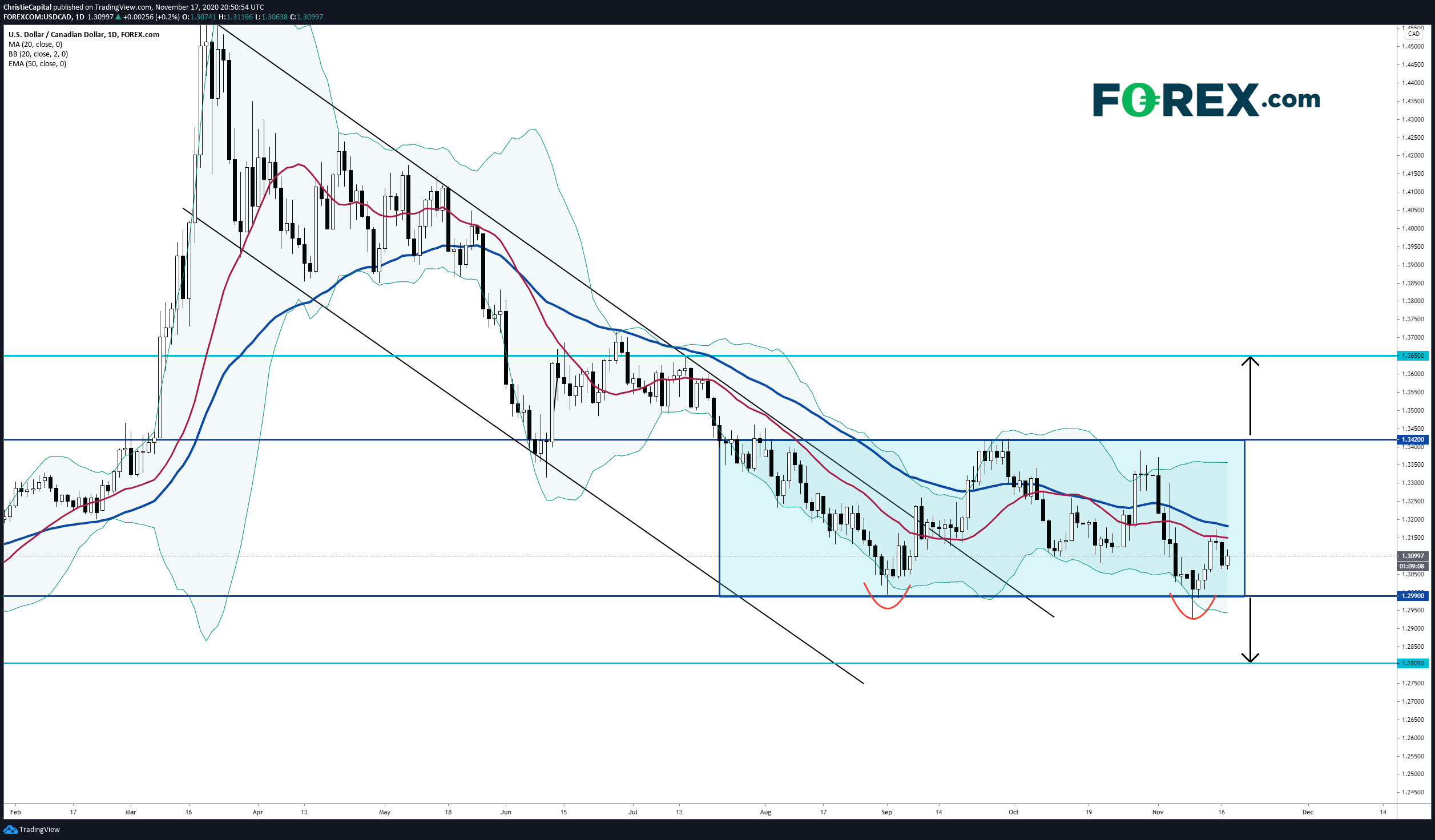 
Japan will report its October trade balance which likely narrowed to 210 billion Yen on a seasonally-adjusted basis from 675 billion Yen in September as new lock downs due to the coronavirus slow exports. We measured 26.5 pips volatility in the 4 hours after past events. Looking at the chart of the USD/JPY ahead of the data, key resistance remains at the 106.10 level. A break above could have strong bullish implications. For now, the preference is to ride the trend lower ultimately reaching the 102 support level.