On Friday, Government data showed that the Canadian economy added 62,100 jobs in November, much more than 20,000 jobs expected. Jobless rate unexpectedly fell to 8.5%, well below 9.0% estimated. November Ivey PMI will be expected at 54 later today.

From a technical point of view, on a daily chart, USD/CAD has struck against a former rising trend line and is capped by its declining 50-day moving average (in blue). The daily RSI is badly directed. Readers may therefore consider the potential for further weakness below horizontal resistance at 1.3140. The nearest support would be set at April 2018 bottom at 1.2550 and a second one would be set at set at Feb. 2018 low at 1.2250 in extension. 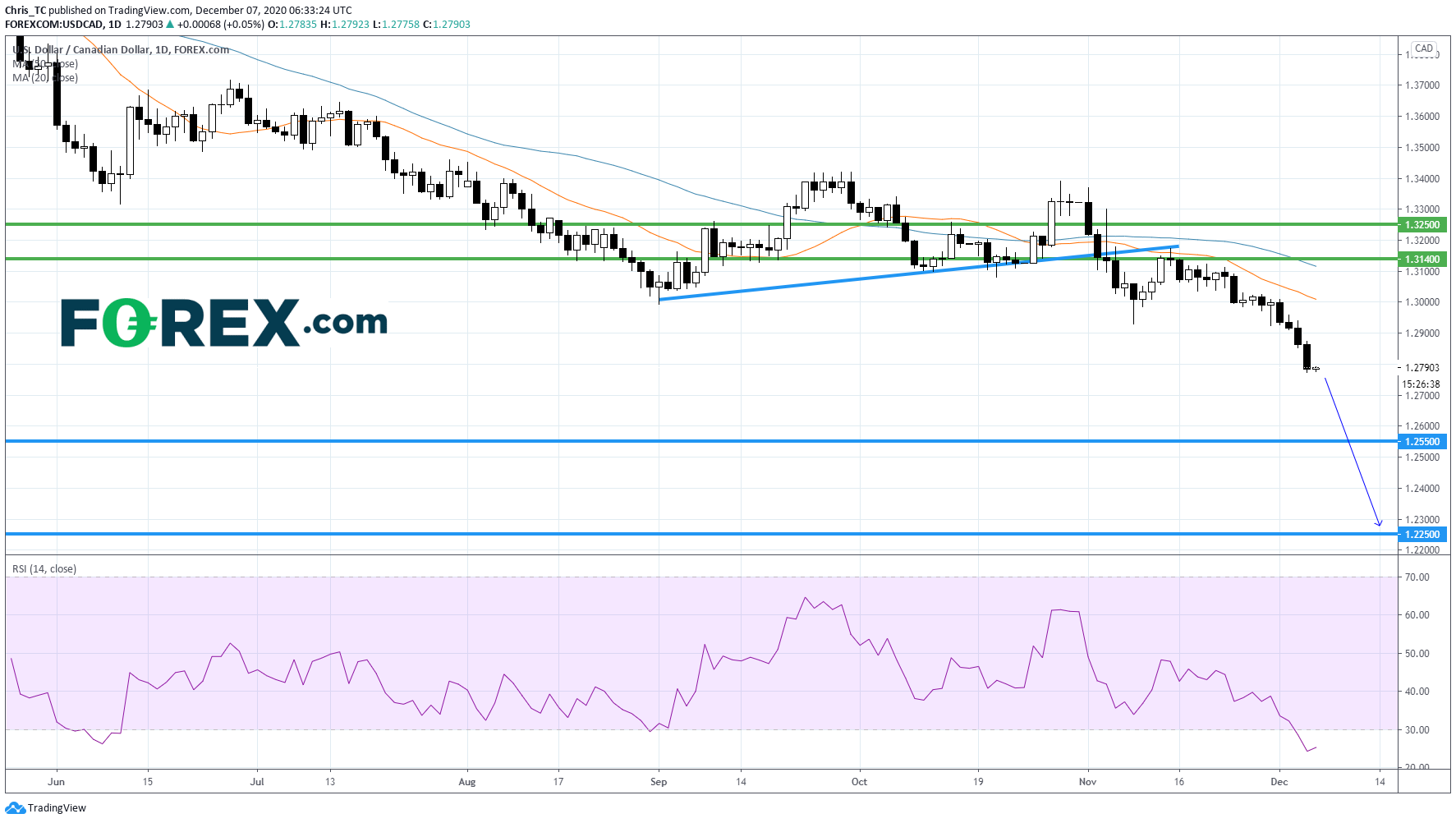