USDCAD largest decline of the week

The Federal Open Market Committee's (FOMC) Meeting Minutes stated that on net, financial conditions have eased since the last Meeting. As equity prices have risen and the dollar continues to depreciate, the Fed believes that aggressive monetary and fiscal policy are needed to keep the recovery going strong as market participants still see significant risks ahead.

Finally, Wholesale Inventories rose 0.4% on month in the August final reading (+0.5% expected), compared to +0.5% in the August preliminary reading.

The USDCAD remains in the headlines as the USD fell 1.45% on the week against the CAD making it the largest percentage mover. Our downside target at the 1.3125 support area we mentioned yesterday has now been reached. We have tightened our stop-loss to 1.3265, just above the 50-day moving average which should act as resistance. We are still anticipating a continuation of the decline down towards the 1.30 low from September. 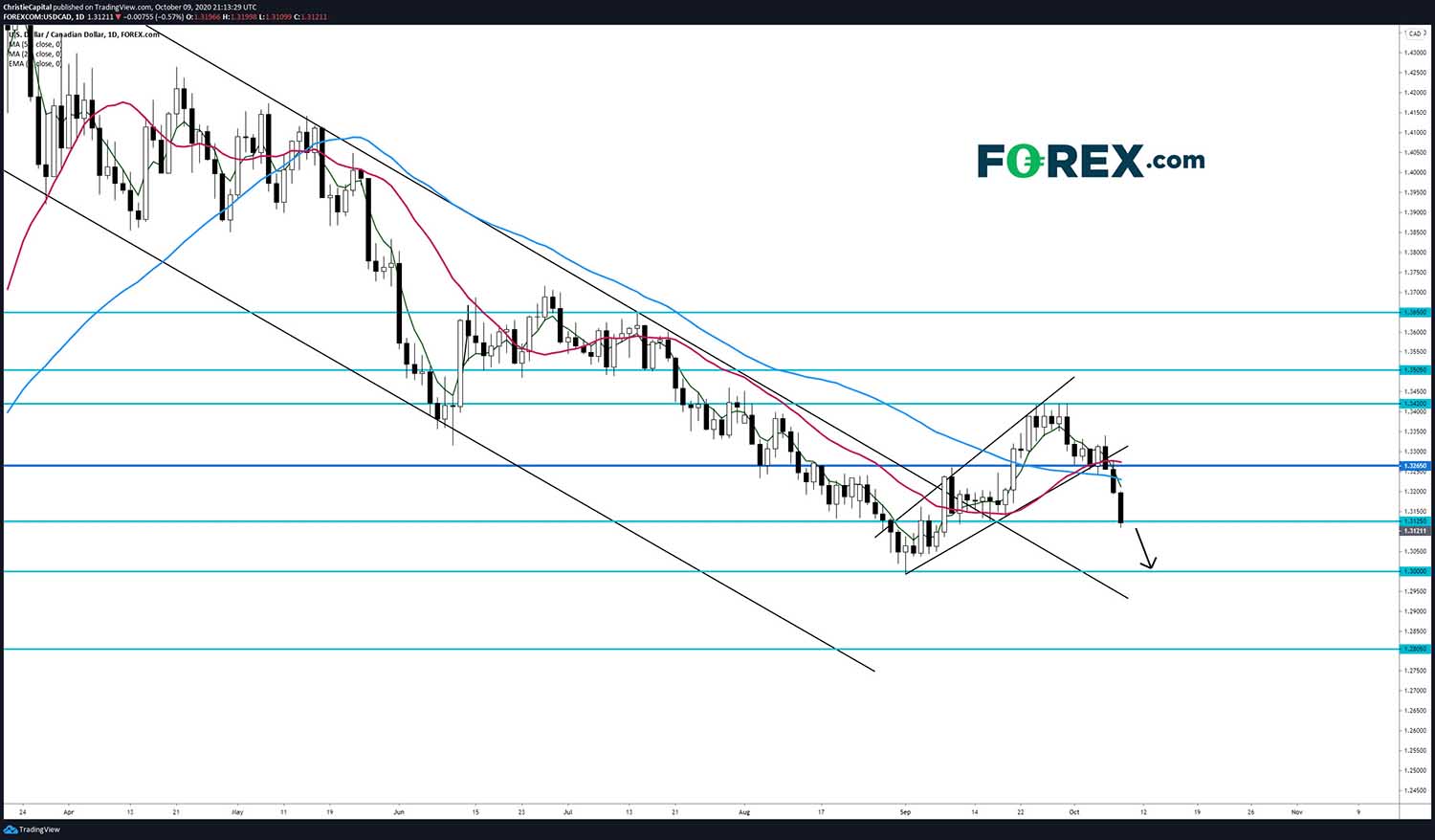