USD/CAD Probes The March High Ahead of BOC

We head into today’s meeting with little expectation for BOC to shift from their dovish stance. Whilst employment data has been one of the better economic performers for Canada, it has failed to translate into household activity. Inflation has moved higher, but this is largely driven by energy prices and leading indicators such as PMI’s remain within lacklustre growth territory. Furthermore, consumer confidence has nosedived to a 2-year low, which is less than idea when BOC remain concerned with household activity.  Barring a downside shock for USD bulls (…and keeping Friday’s GDP in mind), this could help USD/CAD break to new highs. 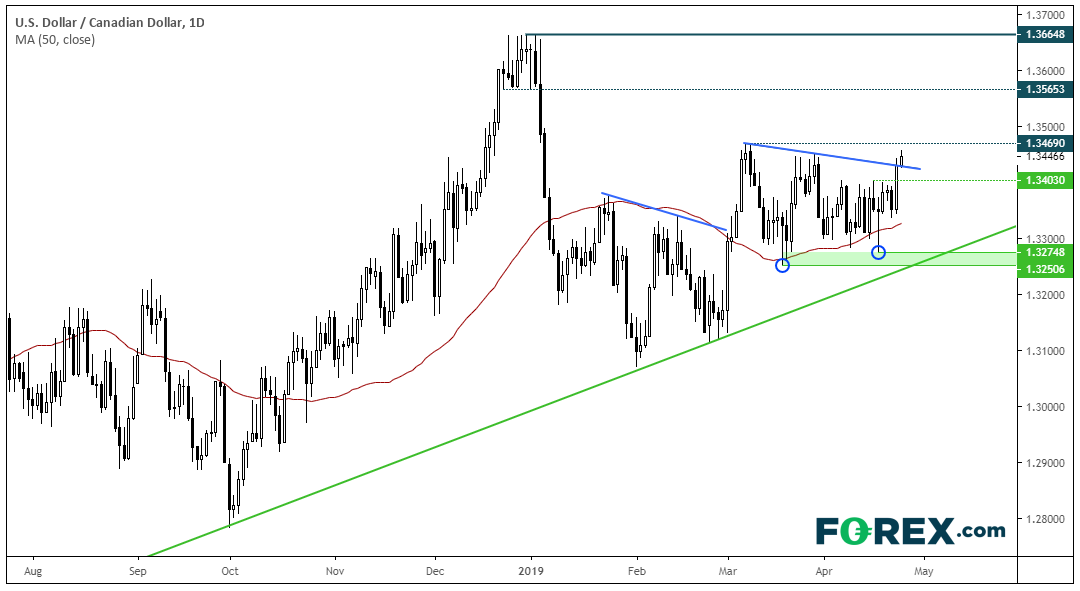 Price action on the daily chart has been choppy of late, but there are signs that USD/CAD could be ready to burst higher. The 50-day MA is supporting the trend structure, and two prominent pinbars are providing a zone of support around 1.3250/75. That this coincides with the January trendline further suggests demand down at these levels. Furthermore, yesterday’s bullish range expansion has tested a retracement line and finds itself within easy reach of the March high. If it can break above 1.3470 opens-up the skies and brings 1.3565 and 1.3665 into focus. A break below 1.3403 would place it onto the backburner. 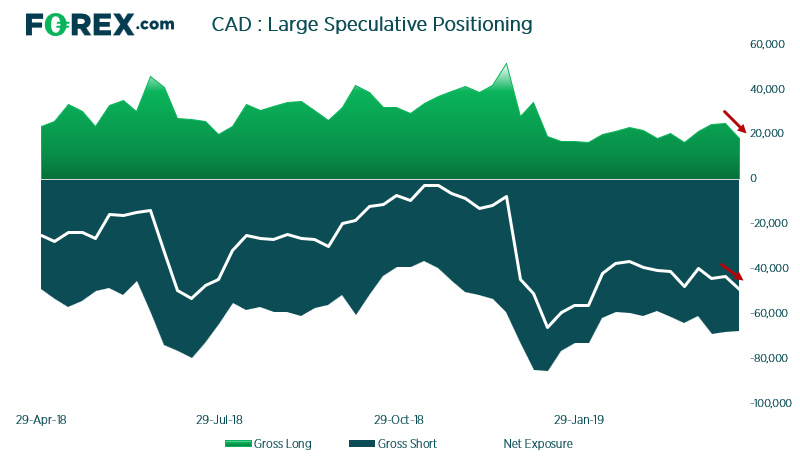 As for market positioning from the weekly COT report, traders appear cautiously optimistic for a higher USD/CAD. Large speculators have increased net-short exposure to CAD futures and are at their most bearish in 3-months. Sentiment is far from stretched, therefore no immediate concerns of a reversal on the weekly charts.