USD/CAD remains under pressure ahead of Canadian CPI

Here are some key levels to watch in the decline: Chart

The US Dollar was bearish against all of its major pairs on Tuesday. On the US economic data front, Empire Manufacturing unexpectedly fell to 4.9 on month in December (6.3 expected), from 6.3 in November. Finally, Industrial Production rose 0.4% on month in November (+0.3% expected), compared to a revised +0.9% in October.

On Wednesday, the Mortgage Bankers Association's Mortgage Applications data for the week ending December 11th is expected. Retail Sales Advance for November is expected to slip 0.3% on month, compared to +0.3% in October. Markit's US Manufacturing Purchasing Managers' Index for the December preliminary reading is expected to fall to 55.8 on month, from 56.7 in the November final reading. Finally, the Federal Open Market Committee (FOMC) is expected to keep the Federal Funds Target Rate between 0.00% and 0.25%.

The Euro was bearish against most of its major pairs with the exception of the USD. In France, November inflation rate was confirmed at +0.2% on month, as expected. Also, in the UK, the three-month (August-October) jobless rate was released at 4.9% (vs 5.1% expected).


Traders may see some added volatility on Wednesday when Canada announces its inflation rate for November. Historically, CPI data adds 70.5 pips of volatility on average in the 4 hours after past events. Economists are anticipating a slight increase to 0.8% vs 0.7% in Oct. Looking at the chart, the USDCAD remains in a well-defined downtrend after the pair broke below a consolidation zone at the beginning of December. Price action is riding the lower Bollinger band indicating strong bearish momentum. As long as 1.299 resistance is not broken to the upside we are anticipating a continuation of the trend towards the next support level of $1.2555. 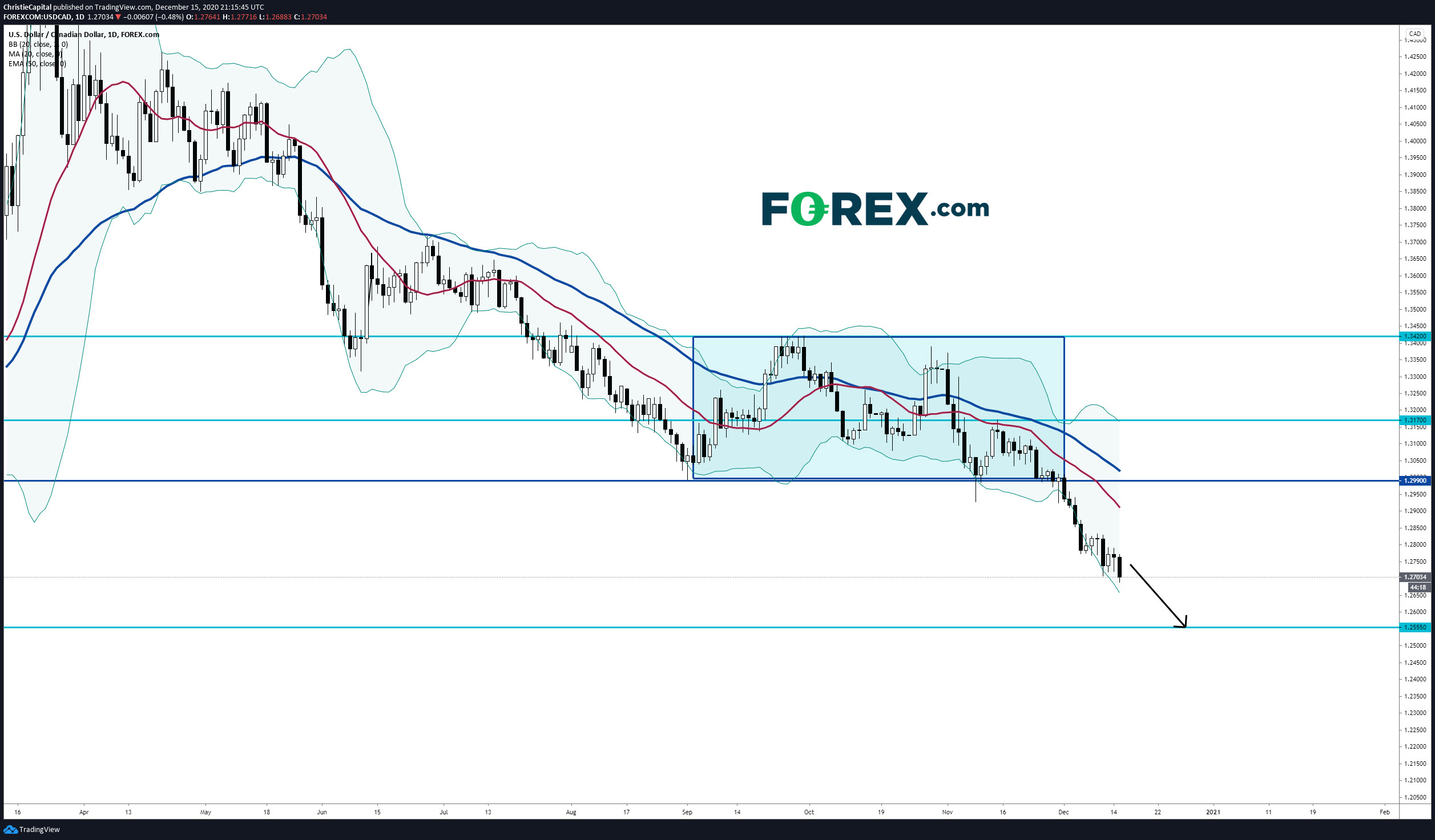