A failed rebound to the upside has put the pair back into bear territory.

The US Dollar was bearish against most of its major pairs on Tuesday with the exception of the NZD and AUD. On the US economic data front, Housing Starts rose to 1,415K on month in September (1,465K expected), from a revised 1,388K in August.

On Wednesday, the Mortgage Bankers Association's Mortgage Applications data for the week ending October 16th is expected. Finally, the Federal Reserve is anticipated to release its Beige Book.

The Euro was bullish against all of its major pairs. In Europe, ECB current account excess increased to E19.9B in August from E17B in July.. The German Federal Statistical Office has posted PPI for September at +0.4% on month (vs -0.1% expected).


The forex pair with the largest move on Tuesday was the USD/CAD which fell 62 pips to 1.313. The pair failed to post a significant rebound after breaking above its 20 and 50 day moving averages. The 50-day moving average is now acting as key resistance on the decline. Look for a break of short term support at the 1.31 level and a continuation lower towards 1.30 to test September lows.. 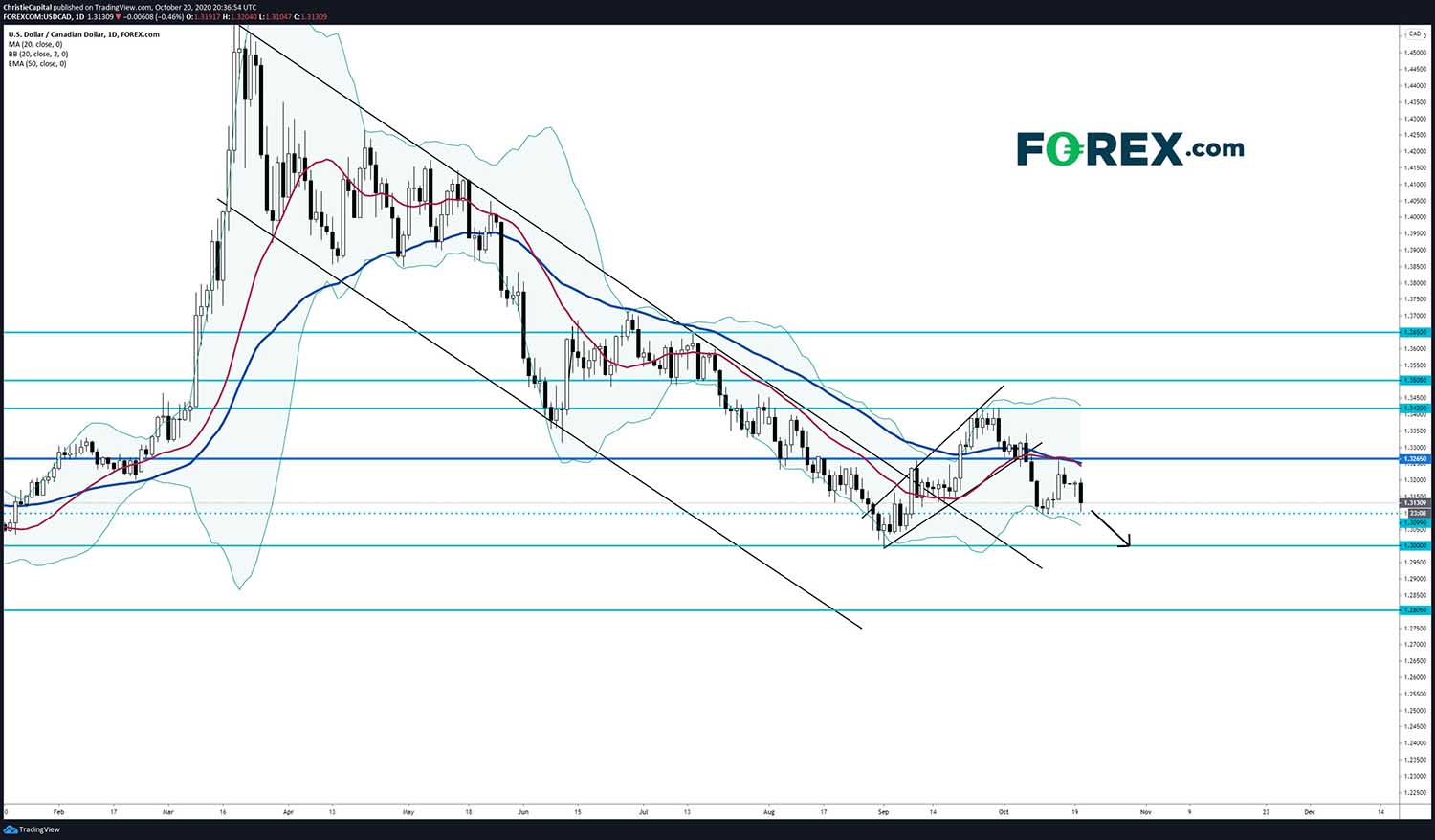