A slight thaw in trade tensions and a minor rebound has seen the CAD strengthen, yet with several crosses pointing to CAD strength, perhaps this could have some follow-through.

A slight thaw in trade tensions and a minor rebound has seen the CAD strengthen, yet with several crosses pointing to CAD strength, perhaps this could have some follow-through. If a single currency is about to embark on a reversal or strong run, typically we’d expect to see setups on at least a few (if not all) major crosses. And this has a potential reversal with USD/CAD on our radars. 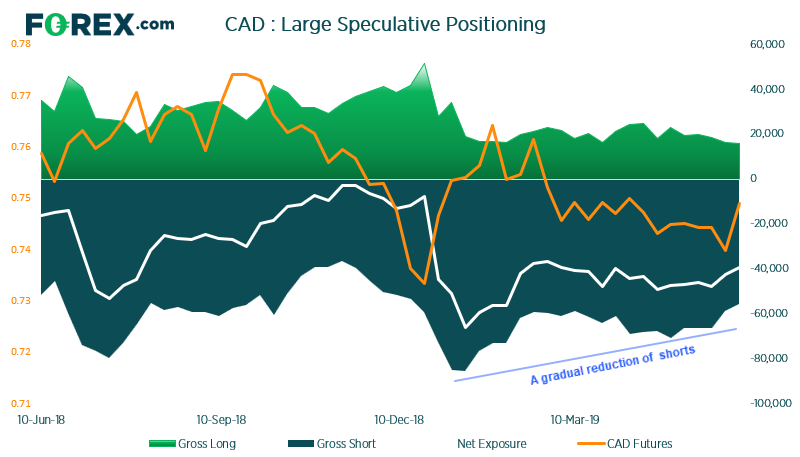 Of course, with weak GDP and a contracting Markit PMI, its difficult to be too bullish on the Canadian economy just yet. But, if we look at market positioning, bearish views on CAD are slowly diminishing. Whilst traders remain net-short CAD futures, the underlying trend of gross shorts has been steadily declining this year. Over the near-term, large speculators have reduced -10.9k contracts compared with a reduction of -3.6k long contracts and, whilst this is far from an outright bullish sign, it is at the least a less bearish one. This is certainly a trend we’ll watch as it develops because it could be the beginnings of a longer-term reversal for the Loonie.

Switching to the near-term, price action on USD/CAD is testing a long-term bullish trendline. Trendlines are useful as a pivotal level as a respected one signals trend continuation, whereas a broken trendline warns of a trend reversal. 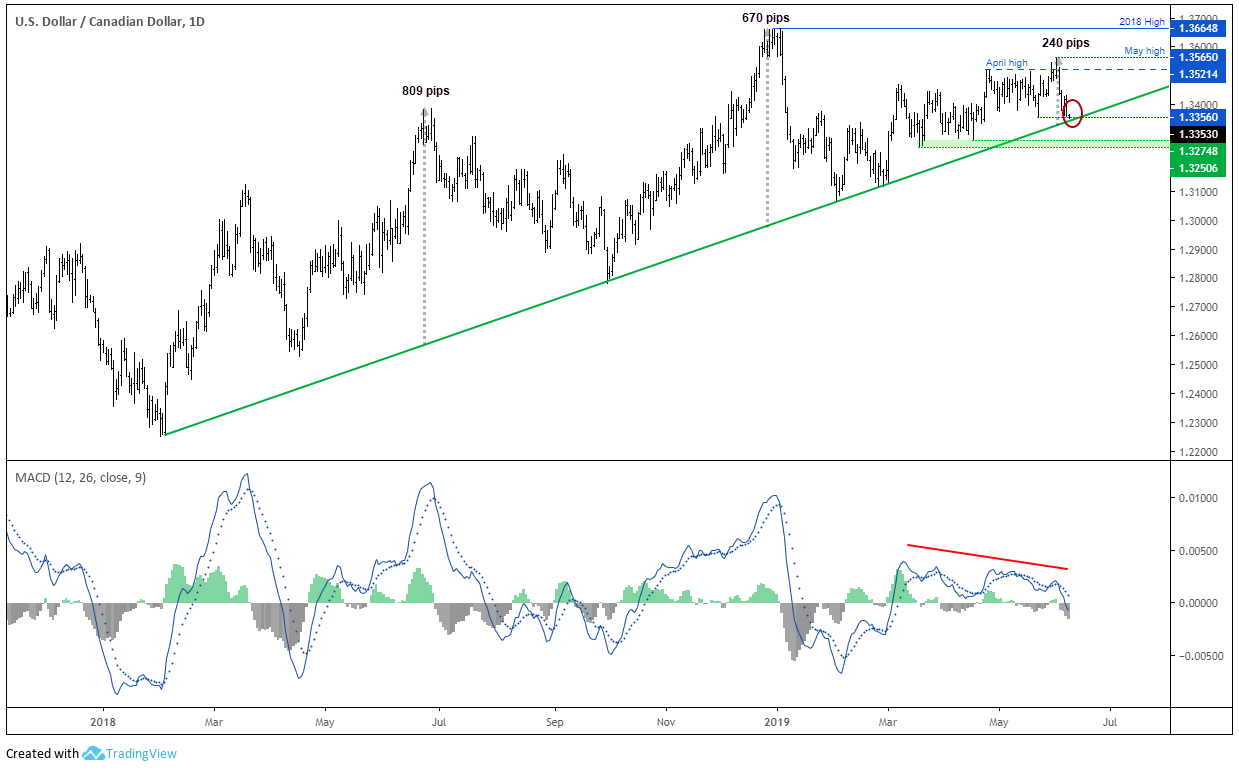 However, it’s worth noting the loss of momentum to the dominant trend as it tests this pivotal trendline for the 7th time.

Whilst we could see a minor bounce from this level, a clear break of the trendline could trigger a bearish follow-through as stops are triggered and ‘long’ held views are changed. And, if we are to see fresh long initiated in the weekly COT report, we can consider a longer-term reversal is in play.