Today's key data comes from North America, which makes the USD/CAD one of the main charts to watch. 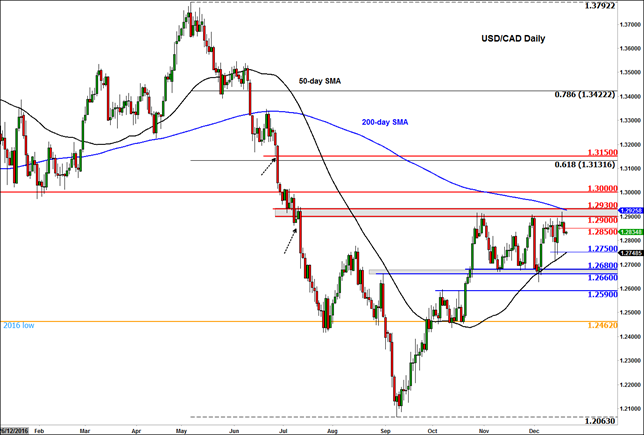