If the strong correlation between USD/CHF and DXY deteriorates again, it may be a warning that something bigger is brewing.

On a daily timeframe, USD/CHF broke above the upper downward sloping trendline of a descending wedge on February 23rd, which was the day the USD/CHF-DXY correlation coefficient broke down.  The pair continued higher through the end of last week and on Monday, broking above the 200 Day Moving Average, near 0.9175.  Yesterday, price ran into resistance at the 38.2% Fibonacci retracement level from the March 23rd highs to the January 6th lows, near 0.9194.  This now acts as the first level of resistance.  Above there is a resistance zone between horizontal resistance (0.9292) and the 50% retracement level of the same time frame (0.9334).  Support is at the 200 Day Moving Average and horizontal support near 0.9026. 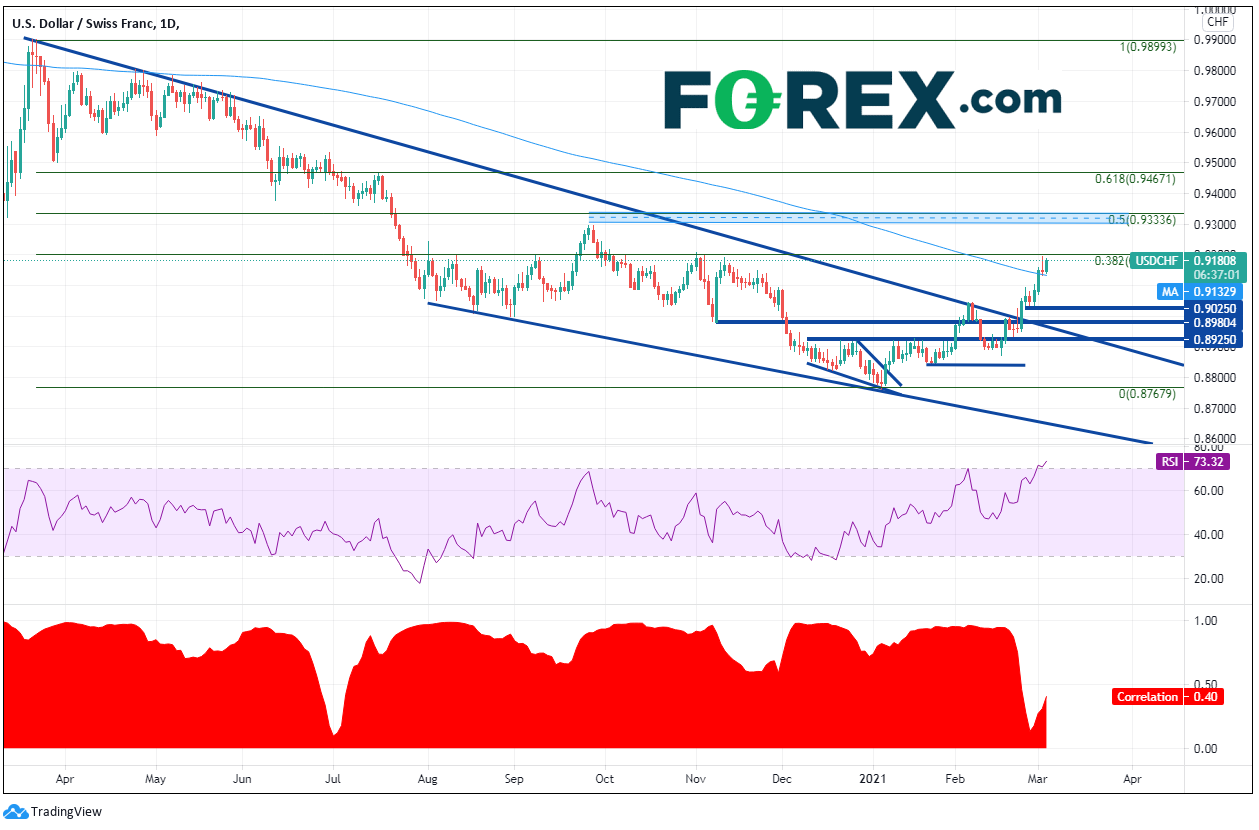 Notice that the RSI is in overbought territory, indicating that the pair may be ready for a pullback.  Also notice that the correlation coefficient on the daily timeframe is creeping higher. A correlation of 0.00 indicates that there is no correlation at all.  Although the reading is only back to +0.40, it is much stronger than the last week’s low near +0.16.

As noted in last week’s article, the Swiss Franc has been weakening among several currencies.  Last week the EUR/CHF broke above an ascending triangle (also on February 23rd) and ran smack into resistance on Thursday, forming a shooting star.  The pair retreated briefly but is currently testing the resistance highs once again near 1.1100.  Above there is horizontal resistance from March 2019, near 1.1175.  Support is at Friday’s lows near 1.0957 and then the ascending triangle breakout level near 1.0915.  Notice that the RSI is in overbought territory (however not yet diverging from price).  This is an indication that price may be ready for a pullback. 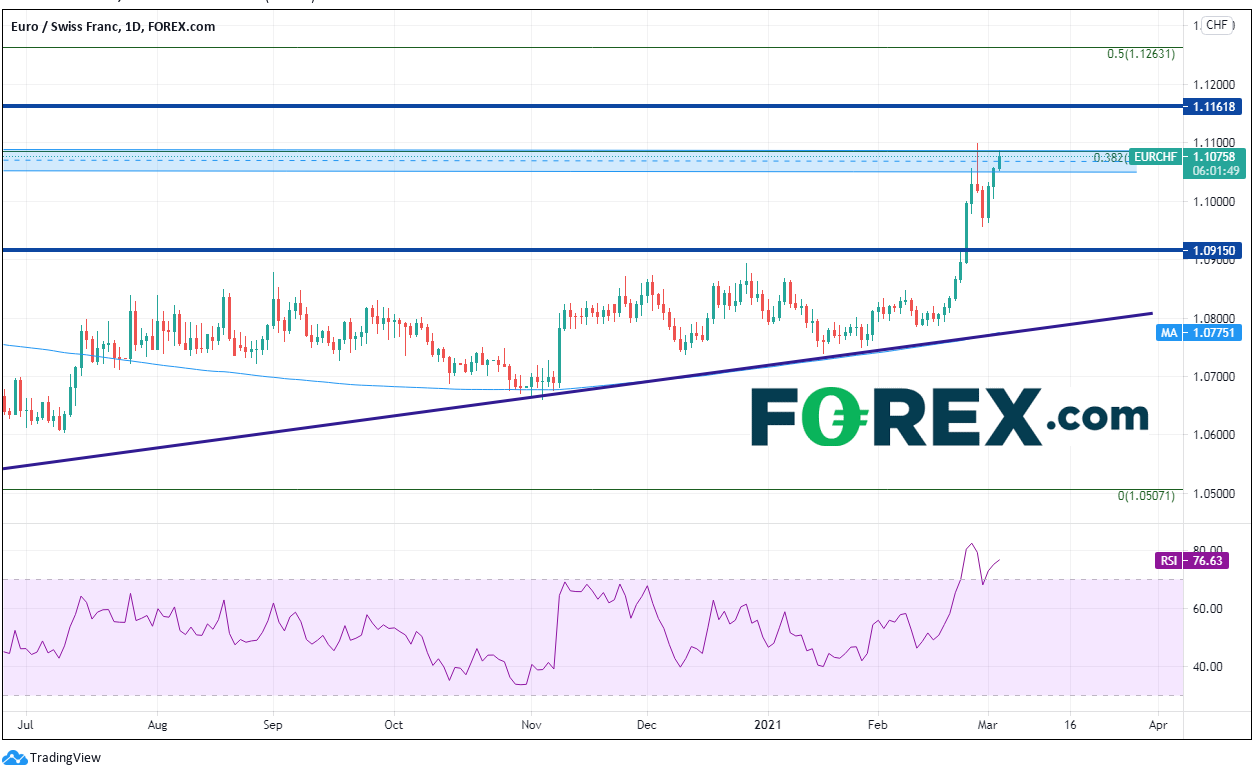 The USD/CHF and DXY correlation is on its way back towards the strong relationship it enjoyed during the beginning of this year.  However, as happened last week, if the strong correlation between the two deteriorates again, it may be a warning that something bigger is brewing.