The SNB still charges negative interest rates and maintains that despite the recent weakening of the Swiss franc that the currency remains overvalued. This makes the USD/CHF fundamentally supported. 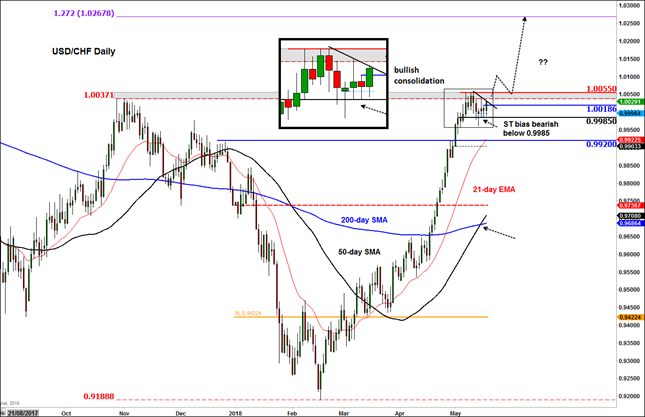