Just a couple of weeks ago, the dollar was languishing in the doldrums. This was in part due to that disappointing US jobs report which helped to lower expectations for aggressive rate hikes from the Fed and partly because of trade war concerns. Well, since then, the markets’ expectations over short-term rate rises have been on the rise again as geopolitical tensions abated and incoming data has been mostly positive. 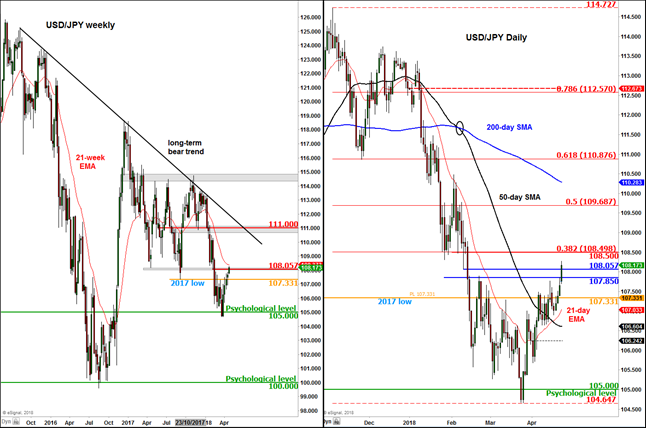