USD/JPY higher despite continued weaker than expected US data

Traditionally, weaker than expected US data would send USD/JPY lower, but that is not the case today.

During the month of April, US economic data from NFP and PMIs to Retail Sales and Housing data were all weaker than expected.  In addition, inflation and inflation expectations have been higher than expected.  Today’s economic data extended that trend. Durable Goods Orders were -1.3% vs an expectation of 0.7%.  Pending Home Sales for April were -4.4% vs an expectation of 0.8%! (Even the second look at Q1 GDP was revised lower to 6.4% from 6.5%).  However, help may be in the way in terms of May data.  The US Markit PMI flash data released last week were all better than expected.  In addition, with the May NFP data release on June 4th, April’s awful 266,000 must be revised up, right?  (Expectations for the May NFP are currently 610,000.)

Despite the continued bad data, USD/JPY is on a tear higher today.  The pair began moving higher in early January and broke out of a descending wedge, eventually reaching its target at 108.16 on March 5th.  USD/JPY continued higher and reached 110.97 on March 31st before pulling back to the 38.2% Fibonacci retracement level from that same time period, near 107.73.  Price then consolidated in a symmetrical triangle pattern. 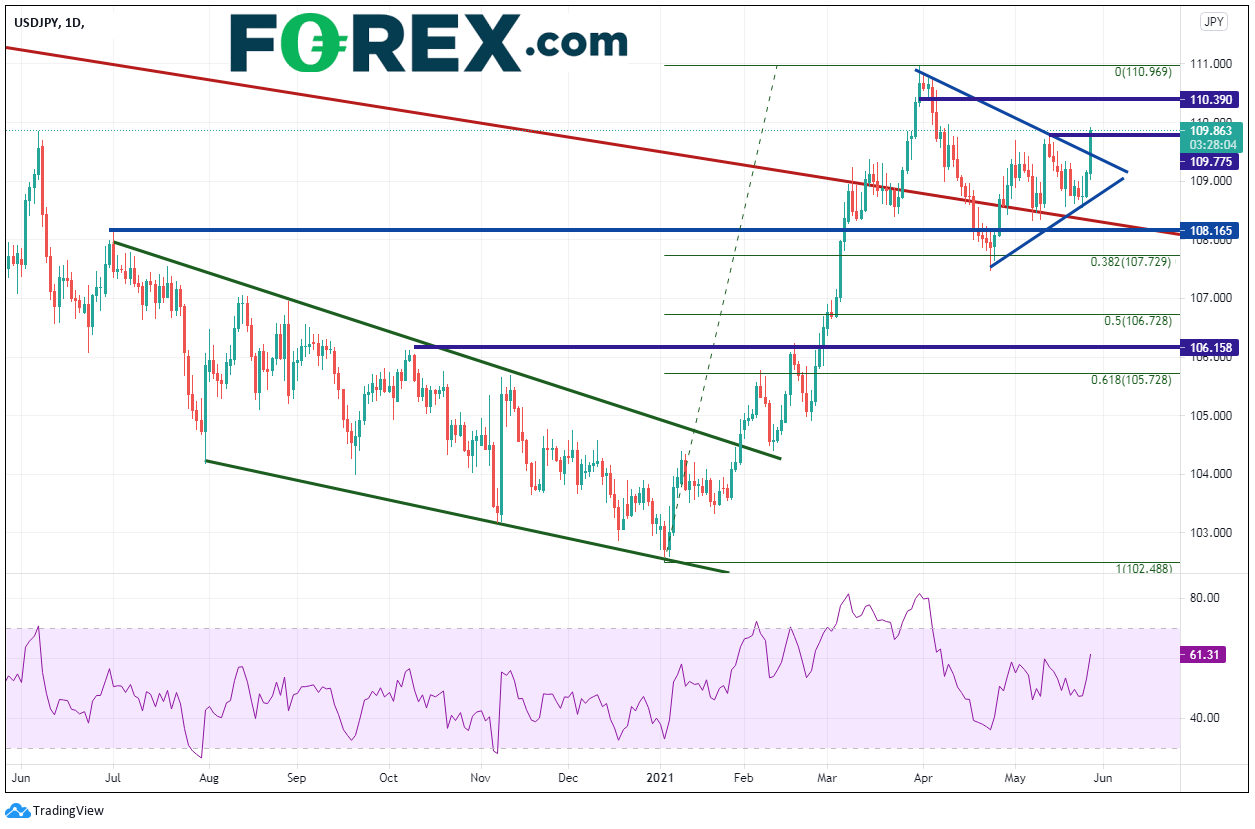 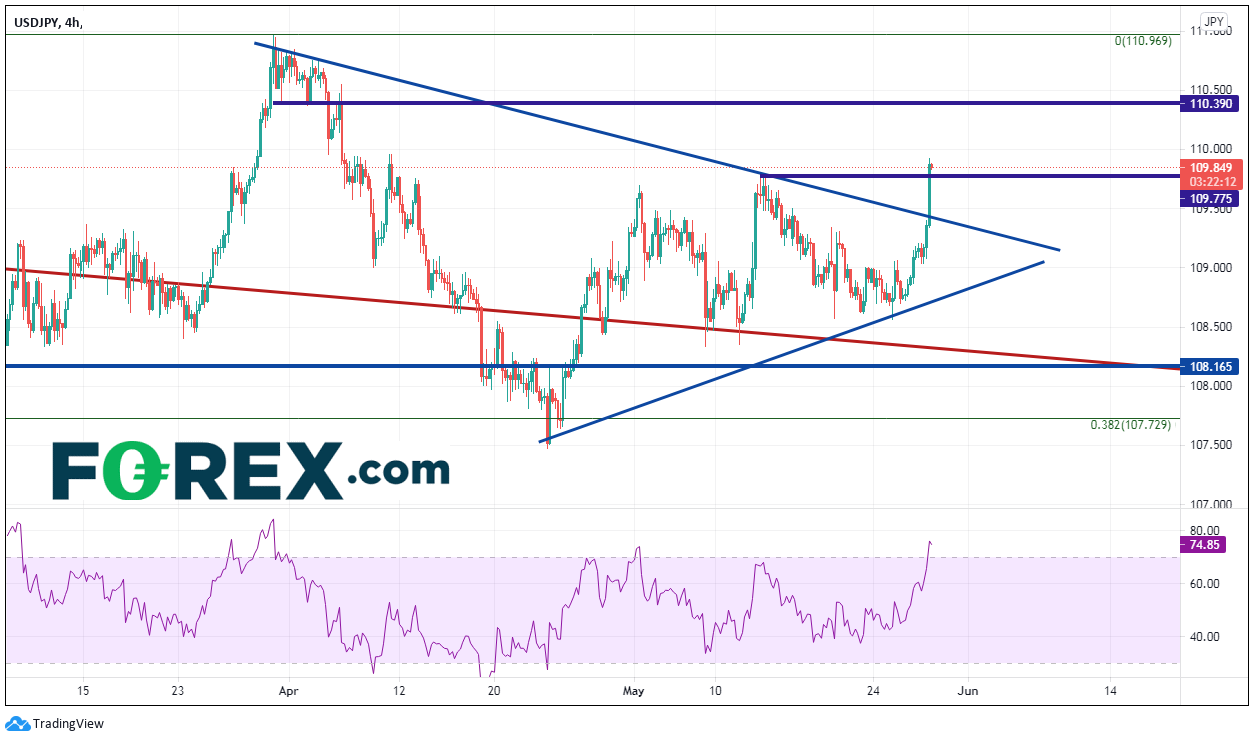 Traditionally, weaker than expected US data would send USD/JPY lower, but that is not the case today.  Month end buying and higher interest rates today may helping push the pair higher. However, with the RSI in overbought territory, the pair may be ready for a pullback, especially after tomorrow’s month end fix!