After yesterday’s big reversal in the stock markets, the pressure on safe haven yen eased a little. As a result, the USD/JPY was able to extend its gains for the third straight session on Tuesday. 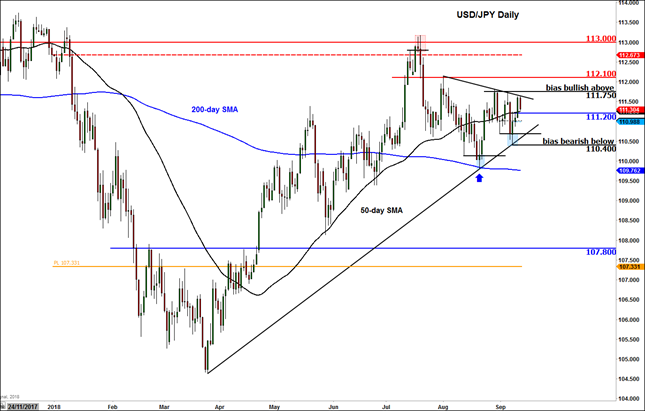